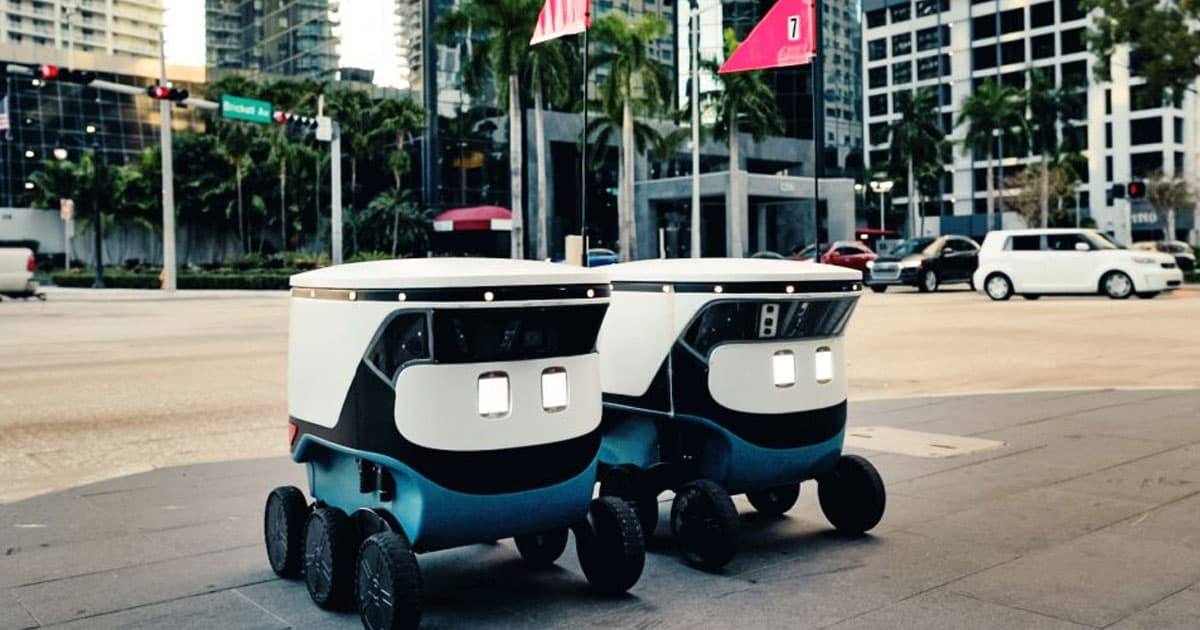 Two years after selling off its self-driving car business, Uber is rolling out a fleet of six-wheeled delivery robots to replace human Uber Eats drivers in Miami, partnering with California-based sidewalk robot company Cartken for a pilot program in a Miami commercial district called Dadeland.

Cartken robots have already been deployed in a number of different settings, including college campuses. Access to Uber's vast ecosystem teases the potential to change the face of food delivery and, if successful, send seismic shocks through the gig workforce — or to flounder, if the program doesn't manage to overcome logistical challenges.

"We are excited about how this partnership with Uber will bring the advantages of robotics to food delivery — and ultimately create more connected communities," said Cartken CEO Christian Bersch in a press release. "Together, we have the opportunity to reduce traffic congestion, help local merchants to increase delivery capacity, and bring consumers fast, convenient, and emission-free deliveries."

Uber is far from the first company in the US to leverage such a technology. Companies including Walmart and Amazon have also rolled out their own fleets of delivery robots in the past. Amazon, however, abandoned its home delivery robot tests in October due to slowing sales.

Cartken's six-wheeled and AI-powered delivery robots closely resemble those developed by competing firms. They can carry two dozen pounds and feature a suite of cameras.

It's yet another sign that major corporations are looking for new ways to minimize their reliance on human workers. Uber, in particular, has a thorny track record when it comes to employing human drivers and has faced plenty of legal challenges over the years — so there's little doubt that company execs would rather ditch them entirely.

More on Uber: Tech Guy Shocked That Uber From NYC to Philly Is Expensive