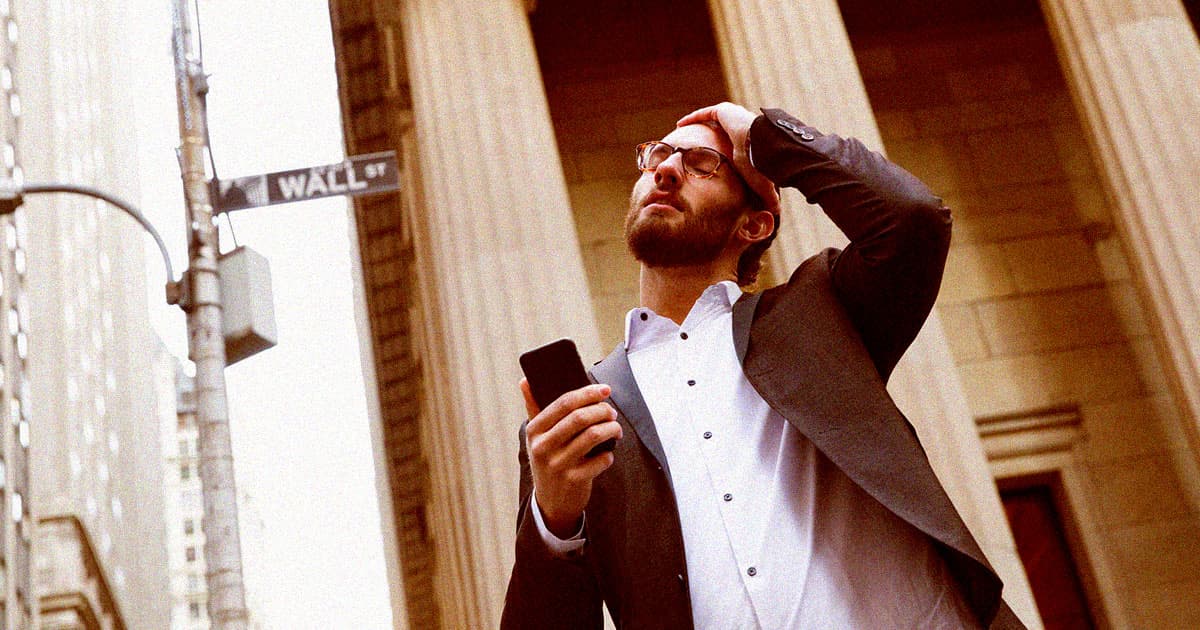 Tech Guy Shocked That Uber From NYC to Philly Is Expensive

You can't get mad when you go viral like this, dude.

You can't get mad when you go viral like this, dude.

Most people know better than to try to take an Uber between cities that are 100 miles apart — and as one tech guy learned in a now-viral post, people have very little sympathy for how much he got charged.

"I just took an Uber from Manhattan to Philadelphia," self-proclaimed "five-time unicorn founder" Martin Varsavsky tweeted. "In one hour and 45 minutes, different governments charged me $140 in various tolls and taxes."

The tweet was immediately met with ridicule, with Twitter users arguing those who chose to drive should foot the bill for maintaining the roads they use every day.

I just took an Uber from Manhattan to Philadelphia. In one hour and 45 minutes different governments charged me $140 in various tolls and taxes. pic.twitter.com/4ObTXtV9TK

A screenshot of his partial bill shows that Varsavsky did indeed get repeatedly charged by the governments of New York, Delaware, New Jersey, and Pennsylvania, for everything from various bridge charges to highway tolls. Uber also charged him $35 for an "Out of Town Surcharge."

The tech entrepreneur argued that he didn't take the train, which he claims is his usual move when traveling between the neighboring metropolises, because he "had to be on zooms [sic] along the way" — but that excuse didn't seem to cut it for those who responded to his tweet.

"That's their way of telling you that you shouldn't be using Uber to go from Manhattan to Philadelphia," Lee Carter, a former Virginia state delegate, said. "That's what trains are for."

Climate reporter Kendra Pierre-Louis had an even more choice take. "You guys love to tout personal responsibility but roadways [don't] pay for themselves," she tweeted. "So which is it? You wanna cover the cost of bridge and tunnels or nah?"

"How can people be so triggered by something like this?" he tweeted — a response which itself garnered even more responses.

"It’s because in the US we overinvest in car infrastructure and under invest in public transportation," Michael Schneider, the founder of transit advocacy group Streets for All, responded. "For example, we subsidize the cost of driving at the expense of good trains. So when you were complaining about tolls it felt tone deaf to those that are trying to change things."

We couldn't have put it better ourselves.

Uber Bad
If This Leak Is Real, Uber Is in Huge Trouble
7. 11. 22
Read More
Tesla Fan Page Relentlessly Mocked for Incredibly Stupid Post
11. 26. 21
Read More
Mixed Feelings
Uber's "Safety Driver" During Deadly Self-Driving Car Crash Charged With Negligent Homicide
9. 16. 20
Read More
+Social+Newsletter
TopicsAbout UsContact Us
Copyright ©, Camden Media Inc All Rights Reserved. See our User Agreement, Privacy Policy and Data Use Policy. The material on this site may not be reproduced, distributed, transmitted, cached or otherwise used, except with prior written permission of Futurism. Articles may contain affiliate links which enable us to share in the revenue of any purchases made.
Fonts by Typekit and Monotype.