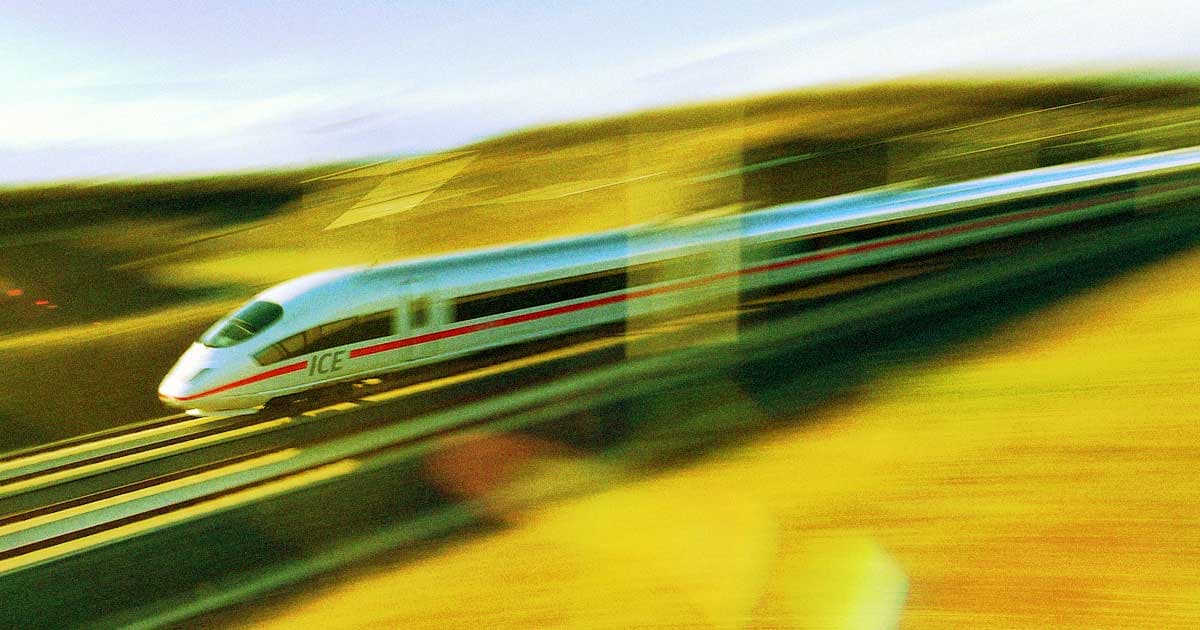 It's an ambitious plan.

It's an ambitious plan.

The proposed railway would spiderweb between every major city in the EU, hopefully providing a sustainable — and equally efficient — alternative to the very eco-unfriendly airline industry, covering the same distance in roughly the same time as short-haul flights door-to-door.

"While a lot has been achieved so far — Paris-Lyon, Milan-Rome, Barcelona-Madrid, Berlin-Munich are all national success stories for rail — much more is needed if the ambitious objectives of the European Green Deal and Smart and Sustainability Mobile Strategy are to be met," Alberto Mazzola, executive director of the Community of European Railways, told CNN.

The lofty plan laid out in Lyon seeks to triple the miles of existing European rail lines by 2050. But while doing so may be crucial for meeting EU climate goals, critics are not convinced it's actually feasible.

According to the European Commission, transport is responsible for about a quarter of total EU greenhouse gas emissions. Road travel and aviation are, consecutively, the top two greenhouse gas emitters within that sector, while rail is widely regarded as a much greener alternative to both.

As Mazzola mentioned, Europe already boasts several extensive train systems, however most of these are domestically focused.

Things get tricky when multiple countries are involved. Sky-high expenses and clashing regulations can cause tensions, with bureaucratic hurdles lurking around pretty much every corner.

Europe's railways also took a brutal financial hit during the pandemic, with ridership plunging to all-time lows over the last two years.

Skeptics remain unconvinced the railway industry will actually meet these rather lofty goals.

"Unfortunately we've heard it all before and this sounds like the railways over-promising again," Jon Worth, a campaigner for cross-border rail, told CNN.

There are some notable inter-country caravans — the Channel Tunnel and the Thalys track, for example — that could be seen as hopeful precedents for defying bureaucratic and financial barriers.

But for now, we'll have to wait and see. The concept is certainly ambitious, but if it does happen, it could do some incredible things for both people and the environment.

California's Bullet Train Is Going to Be Way, Way More Expensive
3. 11. 18
Read More
The U.S.'s First Private, High-Speed Train Service is Opening in Florida
12. 9. 17
Read More
Elon Musk Wants to Build a New City-Wide Transportation System That Will Cut Travel Time in Half
11. 30. 17
Read More
+Social+Newsletter
TopicsAbout UsContact Us
Copyright ©, Camden Media Inc All Rights Reserved. See our User Agreement, Privacy Policy and Data Use Policy. The material on this site may not be reproduced, distributed, transmitted, cached or otherwise used, except with prior written permission of Futurism. Fonts by Typekit and Monotype.