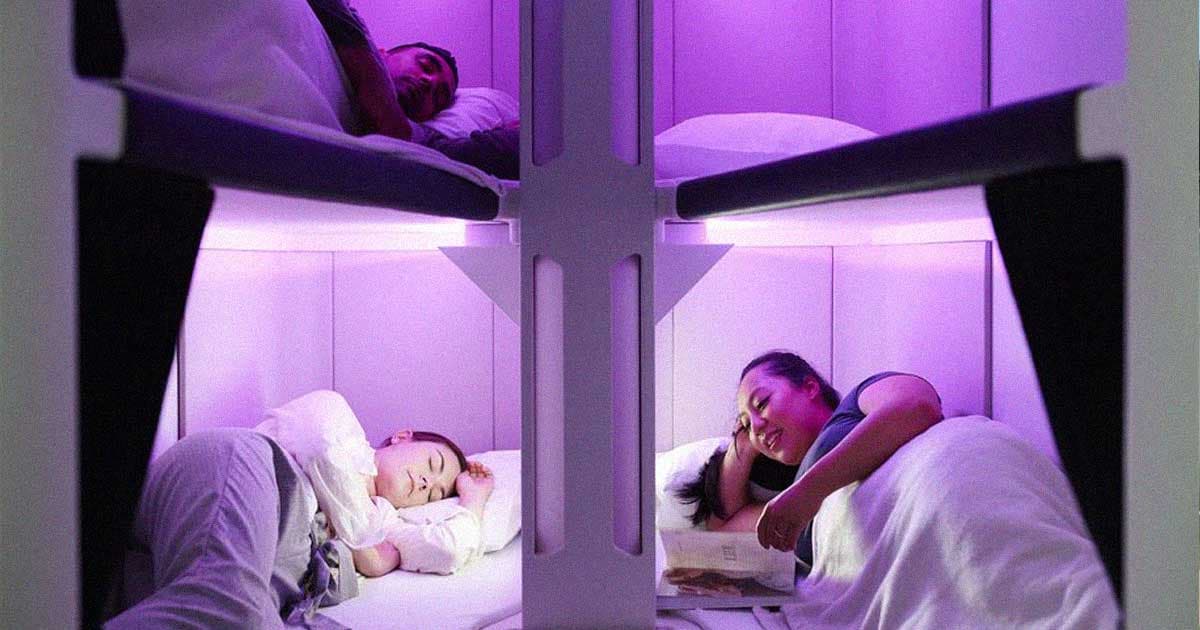 Instead of turning air travel into an absolute hell hole, Air New Zealand has decided to flip the script and, you know, make it more comfortable.

As of 2024, the airline says it'll be offering full bunk beds to its Economy class passengers — not just for the wealthy at the front of the plane — in a welcoming option for those stuck on a long haul flight.

According to New Zealand broadcaster 1News, passengers will be able to rent one of six separate lie-flat sleep pods for four hour periods. Finally, a chance to travel in style!

Air New Zealand announced the world’s first lie-flat pods which will be ready for economy passengers in 2024 https://t.co/He8We8T3b2 pic.twitter.com/FENvztFBLY

To be fair, we still don't know what the luxurious option will end up costing, as the airline has yet to announce pricing.

"We wanted to offer our economy customers a lie-flat option and that’s how Skynest was born," said CEO Greg Foran in a press release. "It’s going to be a real game changer for the economy travel experience."

Air New Zealand will also be bringing upgrades to its other seats, including Business Premier seats that face each other. Other innovations include the option to connect to the in-flight entertainment system wirelessly via Bluetooth and "meditative onscreen content" called "Zentertainment."

Sure, just six sleep pods on a fully loaded Boeing 787-9 Dreamliner — a commercial jet that can fit almost 300 passengers in total — isn't exactly going to have everybody on board catching Zs while cruising at 30,000 feet.

But it's a welcome, passenger-friendly addition to an otherwise increasingly inhumane form of transportation, particularly for those unable to shell out thousands for Business or First class.

More on air travel: The Future of Air Travel Is Apparently the Final Circle of Hell

Airplane Noise Can Be Reduced With a Simple Solution
3. 9. 18
Read More
This Material Could Allow NASA Planes to Cross the Country in Under an Hour
10. 18. 17
Read More
New Tests Could Lead to Travel That's Faster Than the Speed of Sound
1. 26. 17
Read More
+Social+Newsletter
TopicsAbout UsContact Us
Copyright ©, Camden Media Inc All Rights Reserved. See our User Agreement, Privacy Policy and Data Use Policy. The material on this site may not be reproduced, distributed, transmitted, cached or otherwise used, except with prior written permission of Futurism. Fonts by Typekit and Monotype.