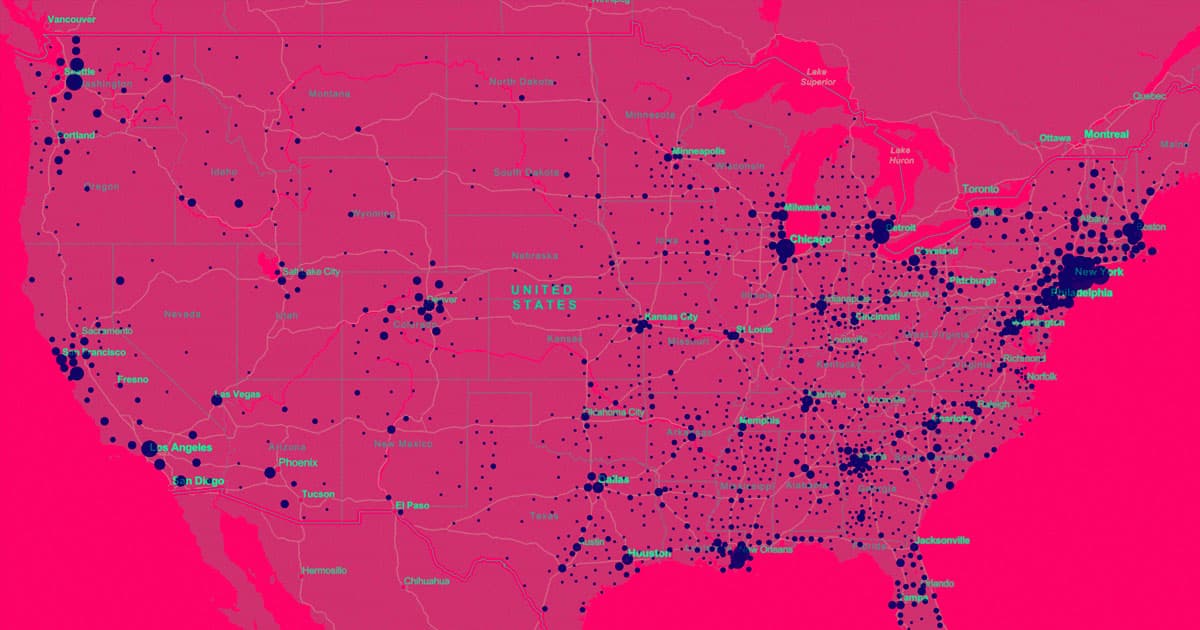 A Bad Time for Patriotism

The US Now Has the Most Coronavirus Cases in the World

They were promised "winning," and Americans are "winning" at coronavirus.

They were promised "winning," and Americans are "winning" at coronavirus.

On Thursday, the United States went flying past every other nation's count, to  claim the title of the most coronavirus cases in the world. As of this morning, the United States has upwards of 94,000 cases, while China currently stands at just past of 86,000 — despite the fact that China has four times the population than the US.

The number of deaths is still comparatively low in the US at around 1,400 (Italy, by comparison, is at a staggering 8,200 deaths so far).

It's a grim reality — an entire country of 330 million people has come to a standstill with people self-isolating at home to keep themselves and the people around them safe.

And the trend is very likely to continue as the US has been extremely slow in testing new patients. South Korea alone has tested more than six times the number of patients, as NPR reports.

The US economy is in shambles right now. The news comes after almost 3.3 million Americans filed for unemployment claims last week — the highest number in recorded history. The next highest weekly number of claims was in October 1982 with just 695,000.

But competent leadership is hard to come by right now with Trump in office. While the number of cases and deaths are soaring in the country, president Trump announced on Tuesday that he would like to have the country "opened up and just raring to go by Easter," as CNN reported, despite the fact that doing so could have disastrous consequences, according to experts.

CORRECTION: An earlier version of this article misstated the number of American deaths due to COVID-19; the number is 1,400, not 3,200 — that's China's current count. The article has been updated to reflect the accurate number.

More on the virus: Bill Gates Is Pissed: “We Should’ve Done More” to Stop COVID-19

Walls Up
China Is Building a Huge New Wall to Allegedly Keep COVID Out
Feb 3
Read More
Sympathy for the Devil
Vegan Anti-Vaxxer Dies of COVID After Opposing Vaccine Animal Testing
11. 29. 21
Read More
Season's Greetings
How to Talk to Your Annoying Family About Vaccines
11. 22. 21
Read More
+Social+Newsletter
TopicsAbout UsContact Us
Copyright ©, Camden Media Inc All Rights Reserved. See our User Agreement, Privacy Policy and Data Use Policy. The material on this site may not be reproduced, distributed, transmitted, cached or otherwise used, except with prior written permission of Futurism. Articles may contain affiliate links which enable us to share in the revenue of any purchases made.
Fonts by Typekit and Monotype.