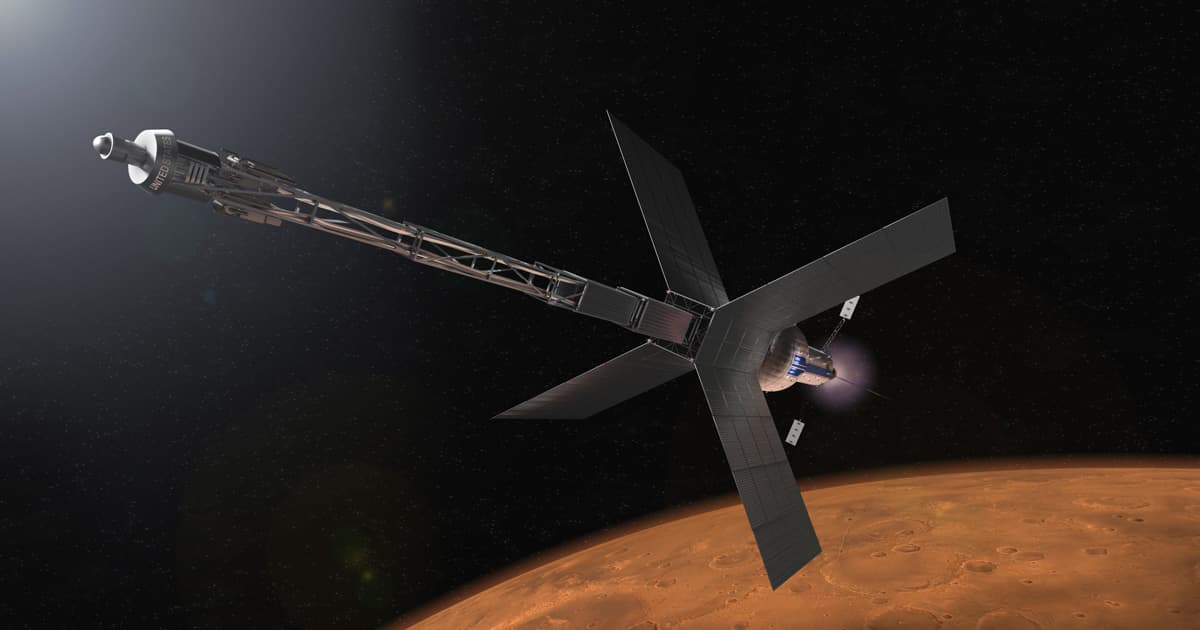 "Space nuclear power and propulsion is a fundamentally enabling technology for American deep-space missions to Mars and beyond."

"Space nuclear power and propulsion is a fundamentally enabling technology for American deep-space missions to Mars and beyond."

Basically, SPD-6 is a call to develop and promote nuclear reactors to power bases on other worlds, according to Space.com‘s breakdown, as well as nuclear propulsion systems for the rockets that will get us there. NASA is by no means a stranger to nuclear power, but further boosting the technology could help make it easier to establish base camps on the Moon, Mars, and potentially beyond.

NASA has used nuclear propulsion systems plenty of times, like with both Voyager probes as well as the New Horizons and Curiosity missions, Space.com reports. But SPD-6 calls for a more extensive use of nuclear propulsion, something that experts say could vastly improve the ability to reliably travel to and from Mars and other worlds.

If the U.S. actually reaches other worlds, SPD-6 also calls for the development of nuclear reactors that would help the space agency stay there.

NASA is already developing small reactors to sustain a base or colony on the Moon — and eventually Mars. Now the new directive calls for them to be ready by the end of the decade.

More on nuclear energy: NASA Is Looking for Someone to Put Nuclear Reactors on the Moon