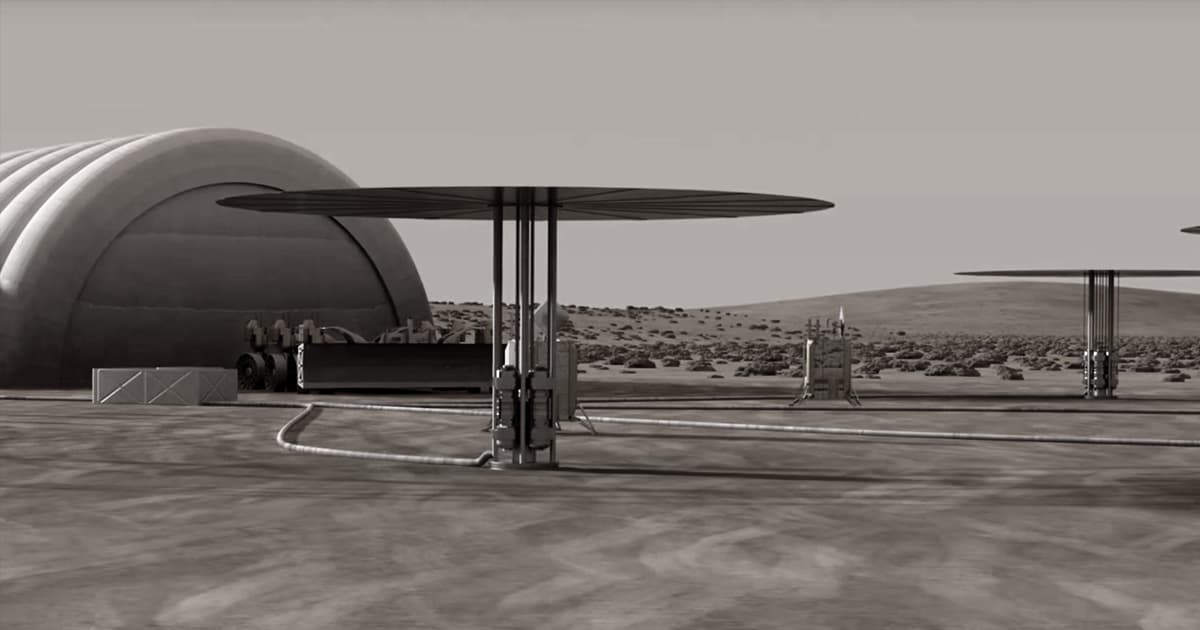 NASA is moving forward with its plan to power lunar and Martian settlements with small nuclear reactors.

Now, the U.S. Department of Energy and NASA are accepting proposals from contractors for nuclear fission facilities that could safely operate on the Moon, CNBC reports. The program is still in its infancy, but NASA hopes to have reactors up and running on the lunar surface by 2026, where they would sustain long-term scientific outposts.

The proposed nuclear power plants would be assembled on Earth and then transported to space, where they would each provide 10 kilowatts of power for a decade, CNBC reports. That's the equivalent of about three large households here on Earth, and enough to keep a lunar crew's equipment and habitat juiced. And NASA expects that it won’t take any groundbreaking new tech to meet the goal.

"We are able to leverage years of research and development work on advanced fuels and materials as well as recent commercial space transportation advances to reduce risk to the schedule, to meet the 2026 date," Steve Johnson, director of the Space Nuclear Power and Isotope Technologies Division at the Idaho National Laboratory, told CNBC.

Critics of the program told CNBC that it might make sense to rely on solar energy instead. But advocates for nuclear say that long nights and highly variable sunlight on other worlds would make renewables unreliable.

READ MORE: Why NASA wants to put a nuclear power plant on the moon [CNBC]