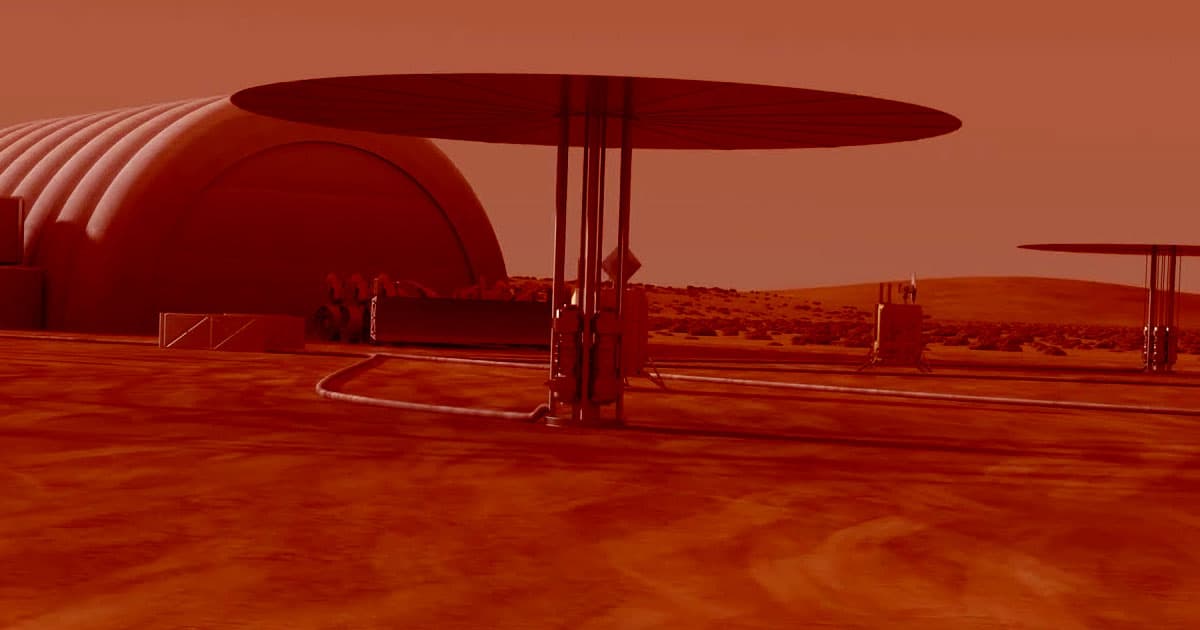 This Nuclear Reactor Could Be Shipped to Mars by 2022

Members from the Kilopower project — a NASA and Department of Energy co-initiative working to develop fission power systems for future space exploration — says that one of its reactor could be ready to be shipped to Mars or another distant location by 2022.

"I think we could do this in three years and be ready for flight," project lead Patrick McClure said late last month, as quoted by Space.com, during a presentation. NASA, however, has yet to officially announce any timeline for the project.

A mobile nuclear power system could keep the lights on for astronauts travelling to the Moon or Mars. Kilopower's prototype is about the size of a fridge and fits into a rocket. It could provide a base with around 40 kilowatts of power — roughly enough electricity for eight houses on Earth.

It wouldn't be the first time nuclear energy was harnessed in space. Many of NASA's spacecraft have used nuclear energy for propulsion and operation, including Curiosity, NASA's Mars rover that launched in 2011.

Kilopower has successfully carried out ground tests in 2017 and 2018, but has yet to try any experimental fission reactor in space.

But previous tests have had positive results. During the 2018 test, the Kilopower Reactor Using Stirling Technology generator converted fission heat into electricity at 30 percent efficiency, according to Space.com. That's a lot more than the conventional seven percent of previous spacecraft power generators.

READ MORE: Nuclear Reactor for Mars Outpost Could Be Ready to Fly by 2022 [Space.com]

More on the project: We Now Have A Working Nuclear Reactor for Other Planets — But No Plan For Its Waste