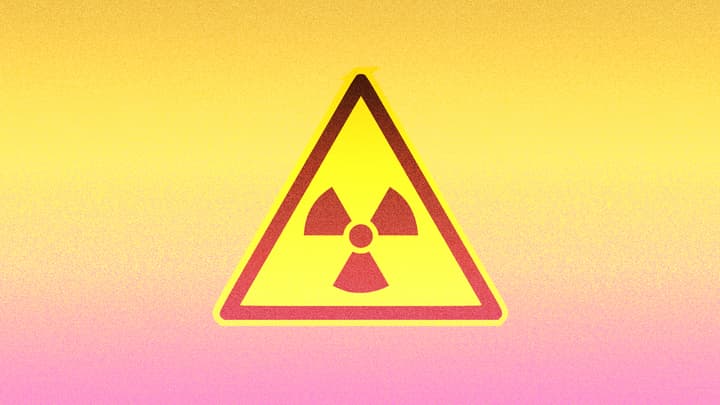 On Wednesday morning, a truck carrying radioactive uranium suffered a collision with a passenger van, causing a mass evacuation in case of a hazardous leak.

Thankfully, no one seems to have been hurt in the crash itself, according to the ABC News affiliate station ABC11. A HAZMAT team showed up and cleared the scene, allowing drivers to get back to their cars after five hours. That's a relief, but the crash was still a disturbingly close call.

The truck was loaded up with a shipment of uranium hexafluoride, according to ABC11 which is a radioactive ingredient that's used to make nuclear power plant fuels. Uranium hexafluoride can be nasty stuff, causing kidney damage if ingested or inhaled aside from the more immediate hazards of radioactivity poisoning, according to a guide published by the Department of Energy's Argonne National Laboratory.

North Carolina State Highway Patrol told ABC11 that there was no risk in this case because the truck didn't leak any of the material.

When the crash happened, two large barrels of uranium hexafluoride rolled off the truck and into the highway. The HAZMAT team responding to the scene was particularly concerned because one got pretty banged up, according to The Fayatteville Observer, but thankfully it stayed in one piece and could be loaded back into the truck's shipping trailer.

More on radiation leaks: Did Russia Cover up a Radiation Leak 100x Worse Than Fukushima?

Uranium Breakthrough May Pave the Way for Entirely New Materials
12. 5. 17
Read More
New Material Could Solve One of Our Biggest Nuclear Problems
12. 12. 16
Read More
Meet Polonium-210: One of the Most Toxic Substances Known to Man
1. 31. 16
Read More
+Social+Newsletter
TopicsAbout UsContact Us
Copyright ©, Camden Media Inc All Rights Reserved. See our User Agreement, Privacy Policy and Data Use Policy. The material on this site may not be reproduced, distributed, transmitted, cached or otherwise used, except with prior written permission of Futurism. Articles may contain affiliate links which enable us to share in the revenue of any purchases made.
Fonts by Typekit and Monotype.