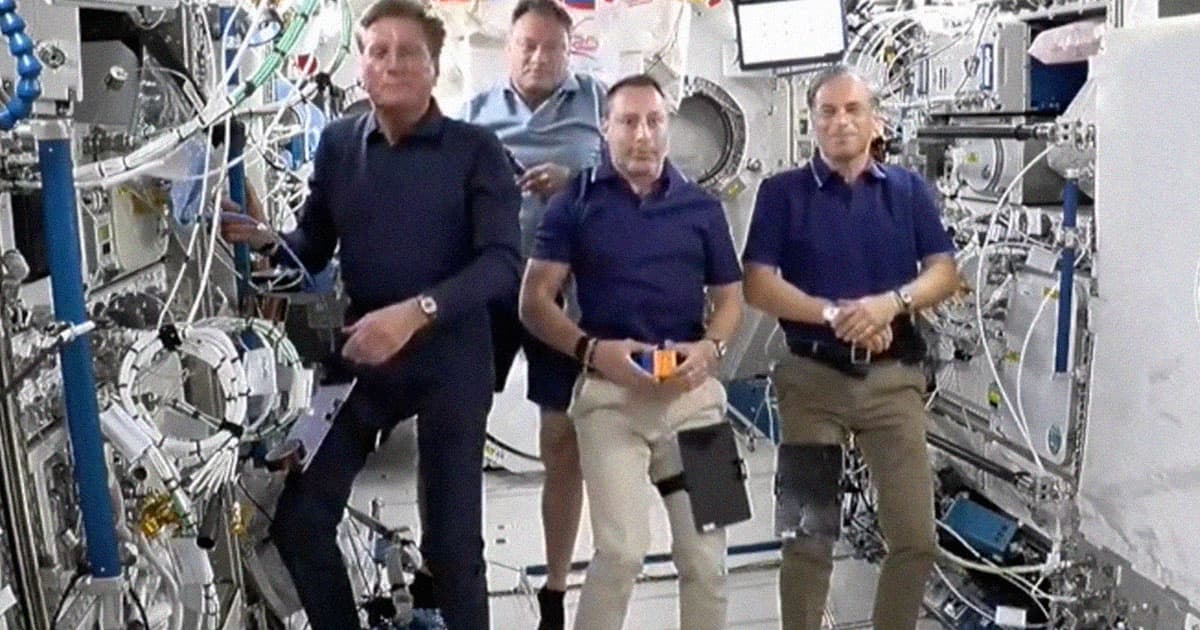 You can check out anytime you like, but you can never leave.

You can check out anytime you like, but you can never leave.

For the first entirely private group of space tourists aboard the International Space Station, the orbital outpost is starting to seem a bit like “Hotel California.”

The team of “civilian astronauts” departed for the ISS on April 8, and were supposed to return to terra firma on April 19, which would have given them a full 10 days of drinking recycled pee in zero gravity.

But because of poor weather conditions off the coast of Florida where SpaceX recovers its Crew Dragon capsules, the date for the space tourists’ “splashdown” keeps getting pushed back, per a NASA update.

The return of the team led by former NASA astronaut Michael López-Alegría was initially pushed back to April 20, but NASA’s latest update says that they’ll be able to return on April 24 — a full five additional days since their original splashdown date.

“Teams will continue to monitor weather at the splashdown sites prior to undocking to ensure conditions are acceptable for a safe recovery of the Ax-1 astronauts and Dragon spacecraft,” NASA officials wrote in the agency’s April 20 blog post about the pushback.

There are, per NASA, more than enough supplies for all 11 people currently aboard the space station to outlast than the initial 10 days the private astronauts were scheduled to be aboard. But, in spite of the value pack vacation it’s turned out to be, it’s not hard to imagine wanting to get back on Earth where the gravity’s normal and where you can eat real food and drink water that didn’t come out of your fellow crewmates.