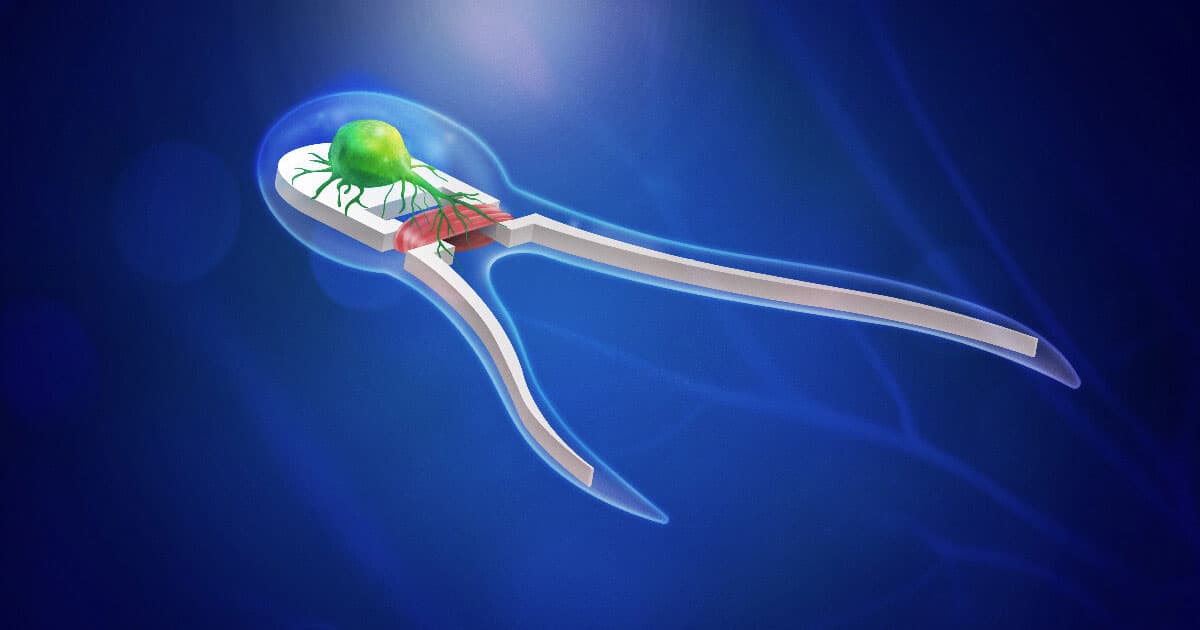 The biological machines start swimming when they detect light.

The biological machines start swimming when they detect light.

A team of engineers just successfully merged biological life with machinery, building tiny sperm-inspired robots that use living nerve and muscle cells to swim around when exposed to light.

The new robots aren't particularly smart — their neural function doesn't get any more sophisticated than automatically activating their muscles when a light shines on them, according to a press release. But the successful integration of skeletal muscle and stem cell-derived neurons with machinery is a promising sign for the future of the nascent field of soft robotics.

The mechanical part of the robot comes in the form of a soft scaffolding designed to be compatible with living cells. At approximately one millimeter wide, it's about the same size as the head of a pin.

The University of Illinois at Urbana-Champaign engineers modeled various body shapes to discover what would swim well. Eventually, they arrived at a small, cell-like robot with two flagellar tails, according to research published Monday in PNAS.

"Just like twins are not truly identical, two machines designed to perform the same function will not be the same," Illinois engineer Taher Saif said in the press release. "One may move faster or heal from damage differently from the other — a unique attribute of living machines."

The rudimentary machines are hard to control, but the team hopes future models will be a bit smarter, according to the press release.

Down the road, they hope to build swimming robots that can regenerate and perhaps even integrate with medical devices.