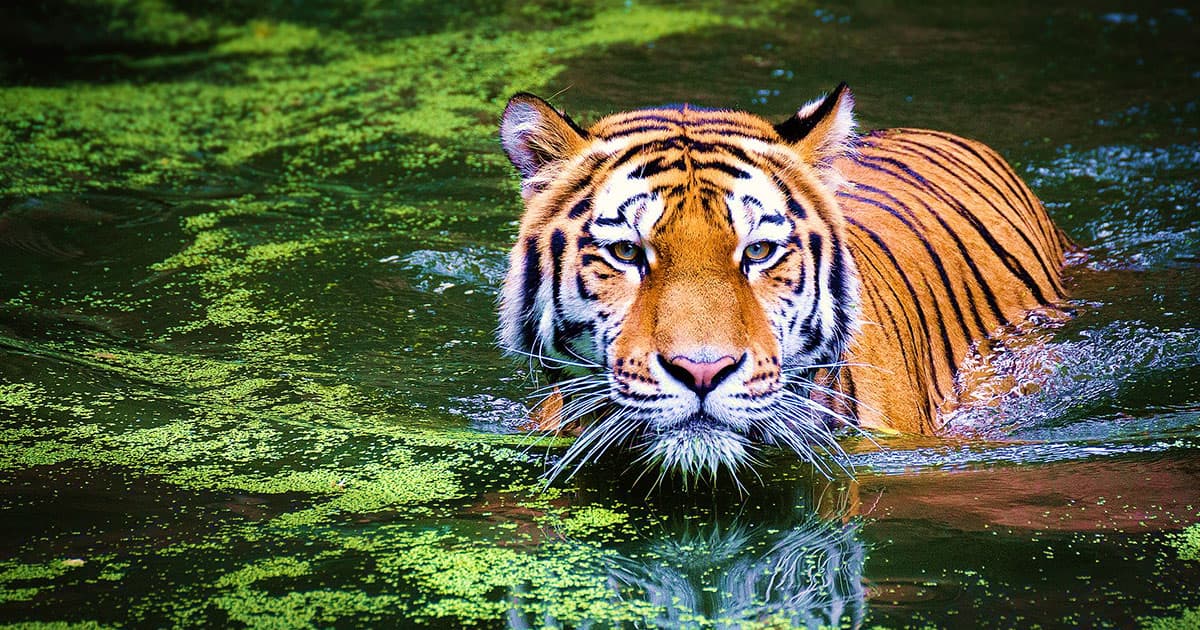 It's not just humans feeling the threat.

It's not just humans feeling the threat.

A four-year-old tiger at the Bronx Zoo in New York City named Nadia has tested positive for COVID-19, the BBC reports, while six other large cats are exhibiting symptoms. According to the zoo, an asymptomatic employee likely infected Nadia.

Meanwhile, Joe Exotic from Netflix's true-crime megahit "Tiger King" has been placed under quarantine in prison after reports that he, like Nadia, has contracted the virus, according to Vanity Fair.

Researchers are still working to understand whether the coronvirus is dangerous to other animals.

"This is the first time that any of us know of anywhere in the world that a person infected the animal and the animal got sick," Paul Calle, the chief veterinarian at the zoo, told Reuters on Sunday. "Hopefully we will all have a better understanding as a result."

Nadia appeared to be the sickest and started to lose her appetite, and was therefore the first to get the test. Medical staff first did an X-ray, ultrasound, and blood test on the Malayan tiger before deciding to test her for COVID-19.

That doesn't mean Nadia is a threat to the humans around her. According to the US Centers for Disease Control and Prevention, there is no evidence that zoo or wild animals can spread the SARS-CoV-2 virus back to humans.

New York City has become the epicenter of the deadly virus. According to the latest numbers, over 3,000 people have died from the virus in the city alone.

More on the virus: Coronavirus Forces Corona Beer to Shut Down Production