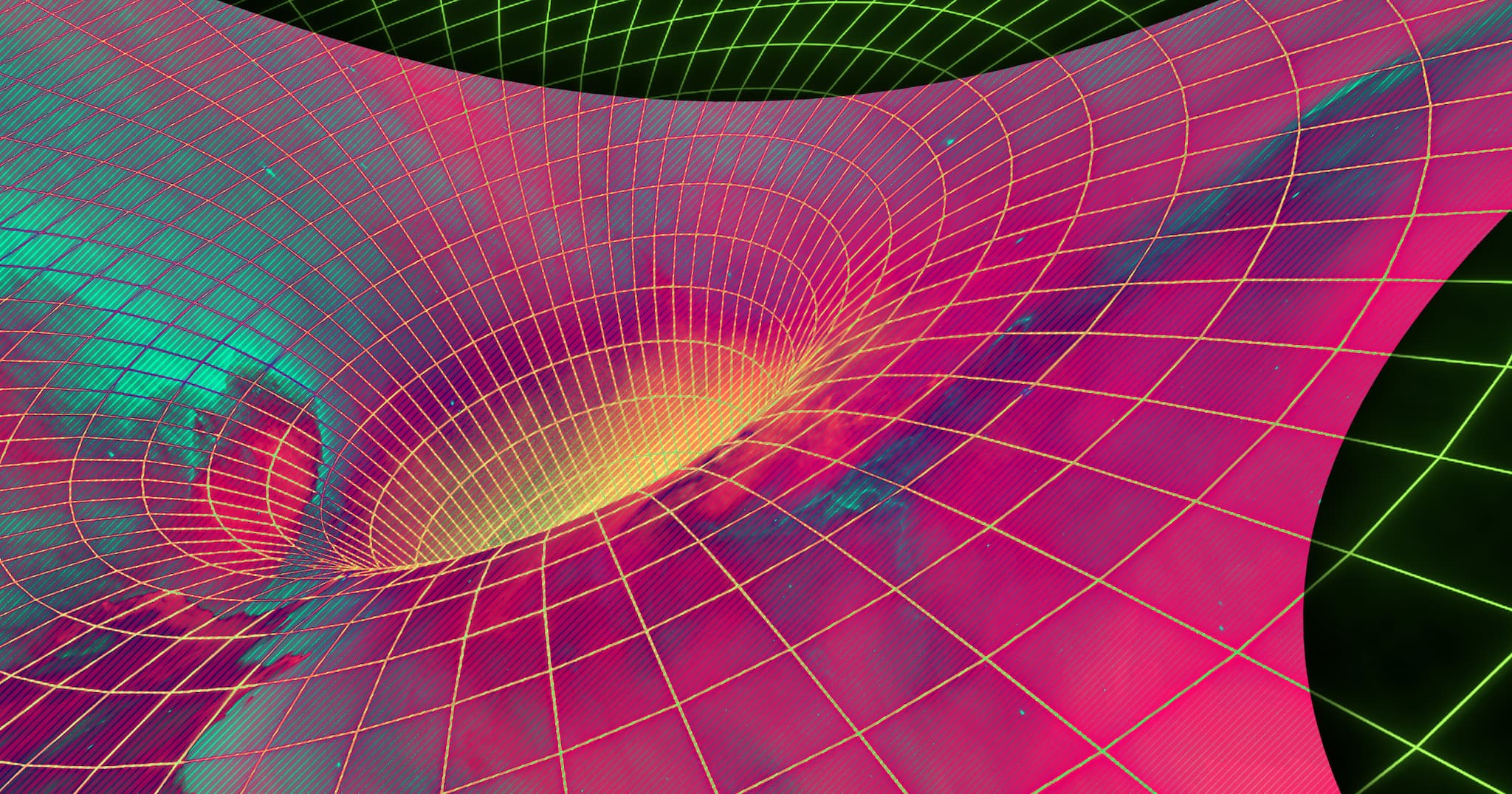 Don't Stare Into the Bubble

Theoretical Holes in Spacetime Could Swallow the Entire Universe

In a new paper, physicists argue that extradimensional holes known as "bubbles of nothing" could cause the universe to consume itself from the inside out, Motherboard reports.

Three researchers from the University of Oviedo in Spain and the University of Uppsala in Sweden submitted a paper, appropriately titled "Nothing Really Matters," to the Journal of High-Energy Physics this month — about a hypothetical, mind-bending hole that could destroy the entire universe.

The paper revives a theory that dates back to 1982, by theoretical physicist Edward Witten.

"A hole spontaneously forms in space and rapidly expands to infinity, pushing to infinity anything it may meet," Witten wrote in his paper.

Physicists have long posited that most of our universe is made up of nothingness, or vacuum. Anything in a more "excited" or unstable state tends to decay to lower energy states by releasing energy. That means our universe is relatively stable.

But now, scientists, including the ones behind the new paper, are questioning this conclusion, suggesting that the universe is experiencing a "false vacuum," and hasn't truly transitioned to its least excited and most stable state. The result: a "bubble of nothing" that could "'eat' all of spacetime, converting it into 'nothing,'" Marjorie Schillo, lead author from Uppsala University, told Motherboard.

While others have claimed such an event is impossible since it would've already happened, the theory could help us understand the creation of the universe, according to Schillo.

READ MORE: Physicists Are Studying Mysterious ‘Bubbles of Nothing’ That Eat Spacetime [Motherbaord]

Space Lumps
Scientists Say We May Be Extremely Wrong About the Universe
Apr 28
Read More
Massive Gravity
New Theory Could Solve Universe’s Biggest Paradox
1. 28. 20
Read More
Come Together
Watch a Galaxy Form Over More Than 13 Billion Years
11. 18. 19
Read More
+Social+Newsletter
TopicsAbout UsContact Us
Copyright ©, Camden Media Inc All Rights Reserved. See our User Agreement, Privacy Policy and Data Use Policy. The material on this site may not be reproduced, distributed, transmitted, cached or otherwise used, except with prior written permission of Futurism. Fonts by Typekit and Monotype.