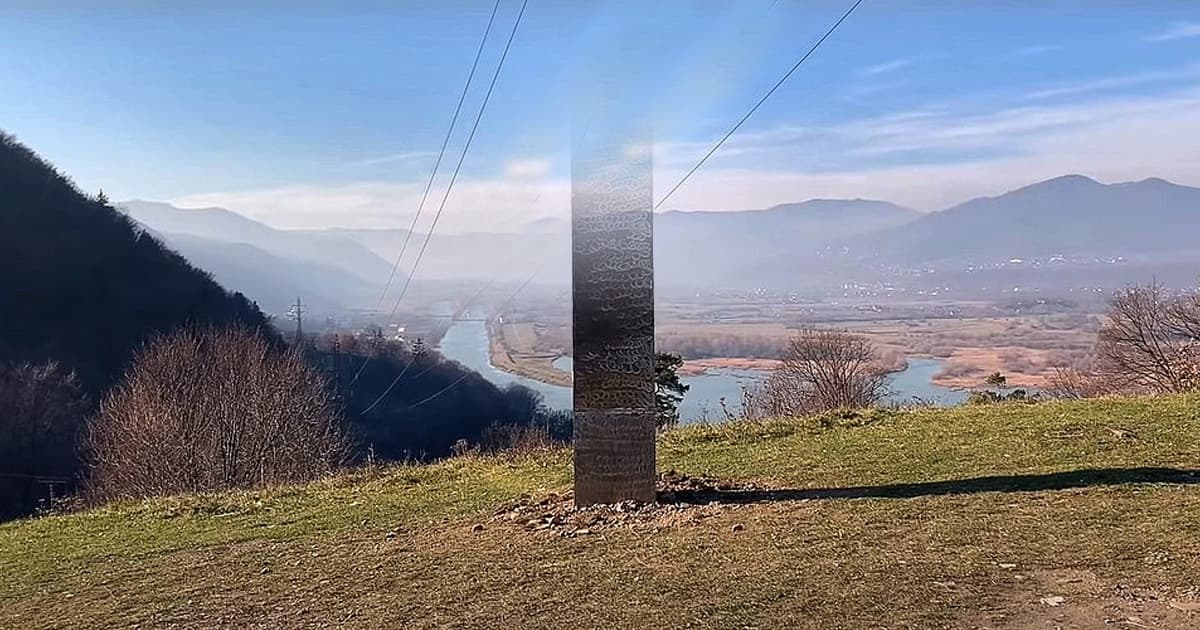 The "structure disappeared overnight as quietly as it was erected."

The "structure disappeared overnight as quietly as it was erected."

Reuters reports that the second mysterious monolith, spotted near an archeological site in northern Romania, has disappeared.

If you're keeping count, that's the second mysterious metal monolith that has disappeared without a trace recently. Last week, a monolith spotted in the Utah wilderness also disappeared — in what some open-minded folks would call an alien abduction.

As it later turned out, however, it was a gang of four men, who ripped the installation out of the ground and carried it away in a wheelbarrow.

And now, Romania has lost its monolith as well.

It certainly was lacking the finish of the monolith discovered in Utah.

"An unidentified person, apparently a bad local welder, made it... now all that remains is just a small hole covered by rocky soil," Iosub said.

More on the monolith: Reports Emerge of Second Mysterious Monolith in Romania