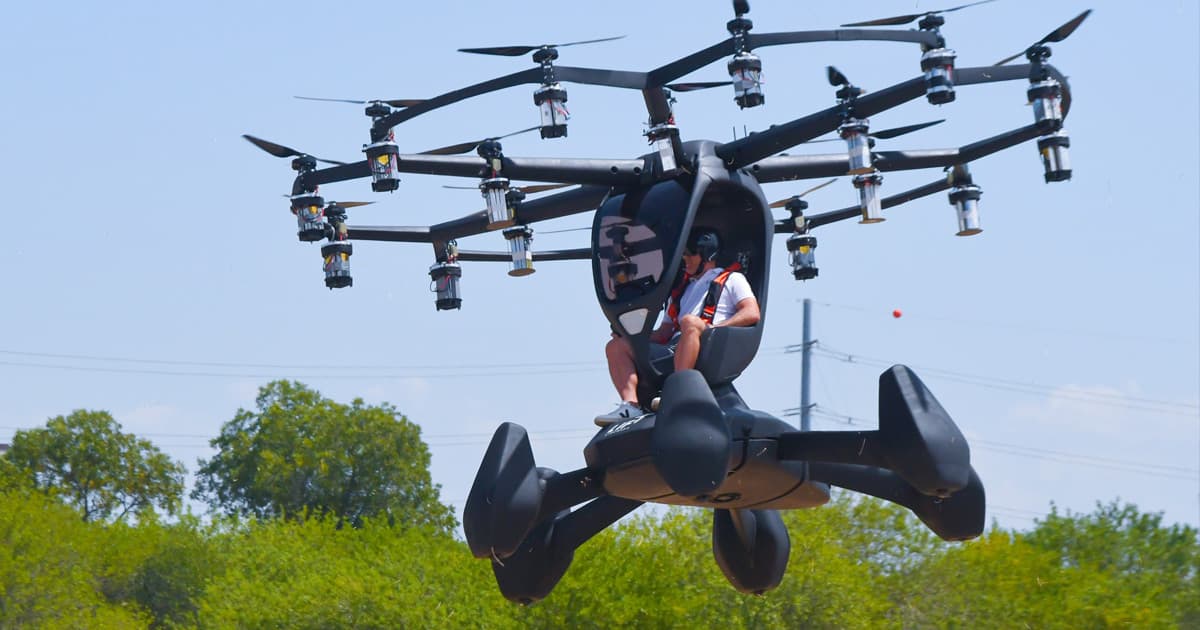 Something Out of "The Incredibles"

The tiny cabin is held aloft by 18 drone-sized rotors.

The tiny cabin is held aloft by 18 drone-sized rotors.

The Air Force just showed off a prototype of a flying car that may soon become its newest aircraft of choice — and it looks, well, like something out of an early 2000s Pixar animation movie.

The electric vertical takeoff and landing (eVTOL) vehicle, called Hexa, took to the skies during a August 20 test flight in Texas, Task and Purpose reports.

The company behind it, Texas-based LIFT Aircraft, announced in April that it's partnering with the US Air Force as part of a "groundbreaking initiative" called Agility Prime, a program meant to "accelerate the commercial market for advanced air mobility vehicles."

It's part of the US military's greater efforts to add flying cars to its arsenal within the next decade. "We want to have 30 vehicles in the Air Force by 2030," Will Roper, assistant secretary of the Air Force for acquisition, technology and logistics, told reporters during a video call in April, as quoted by Military.com.

The Hexa features a whopping 18 independent rotors and can fit a single occupant. It can even float on water thanks to its four perimeter buoys, depending on the configuration.

LIFT is advertising it as a flying car meant for anybody, not just those holding a pilot's license. All you need to do, they say, is operate a 3-axis joystick. A " triply redundant autopilot computer" takes care of the rest, according to the company's website.

READ MORE: This could be the Air Force's future flying car of choice [Task and Purpose]