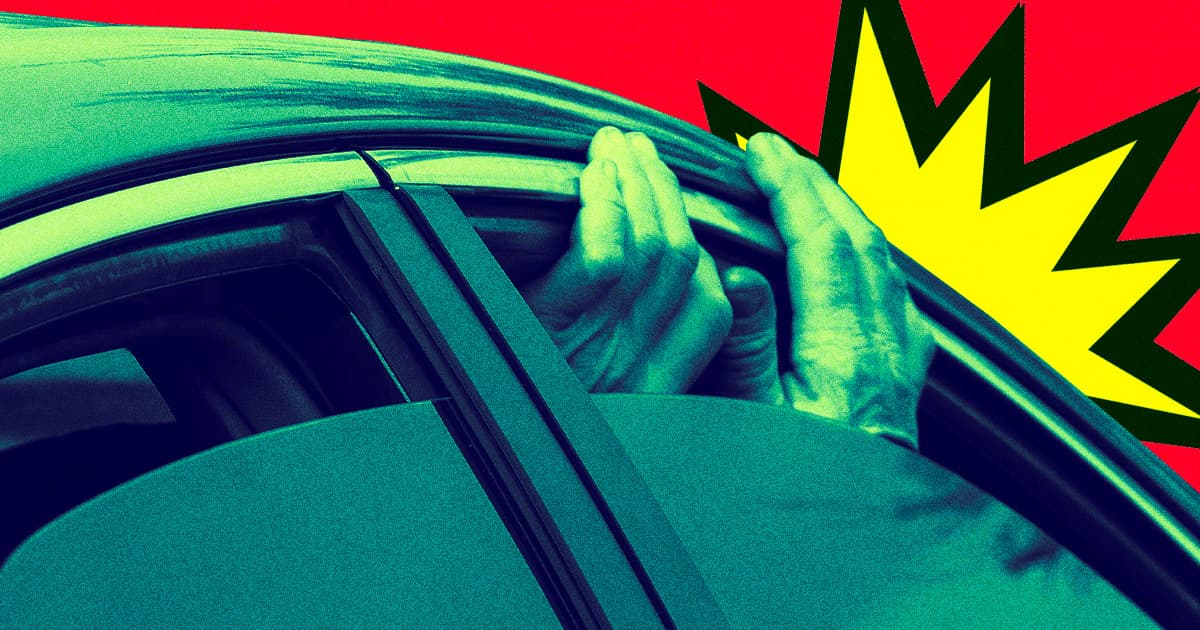 Tesla Updating Vehicles to Not Crush Passengers' Hands in Window

Tesla is issuing software updates for a more than a staggering million of its vehicles, due to an eyebrow-raising bug: that the cars' powered windows fail to detect obstacles — like your hand — in their way while closing.

In the National Highway Traffic Safety Adminstration’s (NHTSA) own words, "the window automatic reversal system may not react correctly after detecting an obstruction."

Although calling it a recall is technically correct, in reality Tesla says it can patch up the issue with a routine over-the-air software update. So for most people, they won’t even need to take the car to the shop.

This is far from the first time the popular EV manufacturer has drawn scrutiny for its cars.

In February, Tesla was forced to issue a similar update for over 800,000 cars due to a flaw in its seatbelt reminder, the audible chime that plays when either the driver or front passenger isn’t buckled in.

While the updates are relatively minor, Tesla probably isn't happy with the extra scrutiny. The NHTSA is already bearing down on the automaker with an ongoing investigation into crashes — some fatal — that may have been caused by Tesla’s Autopilot and Full Self-Driving (FSD) packages, both features that either heavily assist with or autonomously drive the car.

Tesla has also suffered blows in its home state of California after the state’s DMV filed a complaint calling advertising surrounding Autopilot and FSD to be "untrue or misleading," followed by a bill being passed in the California legislature that would prevent Tesla from using the term FSD entirely.

All in all, this recall probably won't sting too much for Tesla. But it might avoid squishing your hand in the window.

Real American eMuscle
Dodge Says It's Only Making an Electric Car Because the Performance Is So Good
7. 8. 21
Read More
Faster Than Fast
Simulation Shows Tesla Roadster Accelerating With SpaceX Thrusters
6. 24. 20
Read More
Volkswagen Has Pledged to Spend $40 Billion on Electric and Hybrid Cars
11. 17. 17
Read More
+Social+Newsletter
TopicsAbout UsContact Us
Copyright ©, Camden Media Inc All Rights Reserved. See our User Agreement, Privacy Policy and Data Use Policy. The material on this site may not be reproduced, distributed, transmitted, cached or otherwise used, except with prior written permission of Futurism. Articles may contain affiliate links which enable us to share in the revenue of any purchases made.
Fonts by Typekit and Monotype.