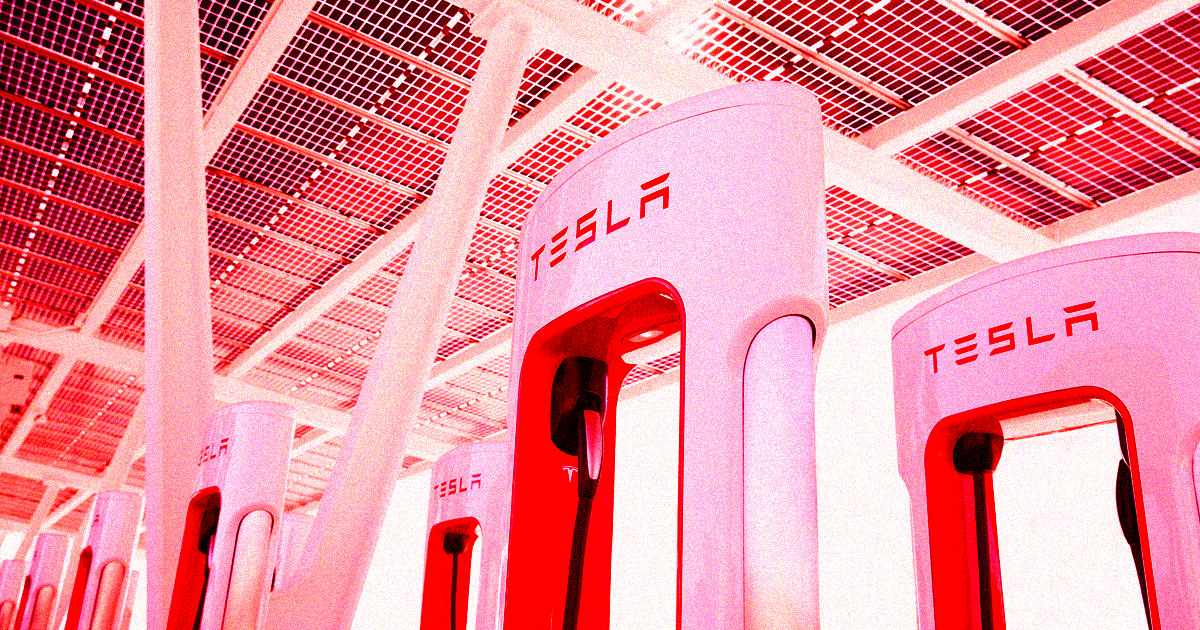 These prices are getting brutal.

These prices are getting brutal.

Tesla is significantly hiking up the prices of its Supercharger network in Europe, in a response to the ongoing energy crisis that's hit the continent in the wake of Russia's invasion of Ukraine.

That means topping up batteries has become a lot more expensive for Tesla owners, Electrek reports, with Supercharger stations charging $0.50 per kilowatt hour at many locations.

Prices rose around 30 percent across much of Germany, with prices hitting $0.70 per kilowatt hour. While that's still considerably cheaper than filling up a tank with gas — which has also gotten considerably more expensive since the invasion — charging an EV is becoming pricier as well. In other words, even EVs, once touted as the perfect answer to internal combustion engines, aren't immune to soaring energy prices.

Europe is feeling the crunch after getting cut off from Russia's gas supplies. Energy prices have skyrocketed, with even factories being forced to close.

And that doesn't bode well with winter around the corner. Europeans will have to dig deep into their pockets to heat their homes when temperatures start dropping.

Despite soaring electricity prices, experts are arguing that now may actually be a good time to invest in an EV. Cars with bidirectional charging in particular could prove to be a lifesaver, since they can act as a backup battery or energy storage bank for homes.

For now, though, nobody knows how long Europe's energy crisis will go on for, so EV owners will have to brace themselves for much higher bills.