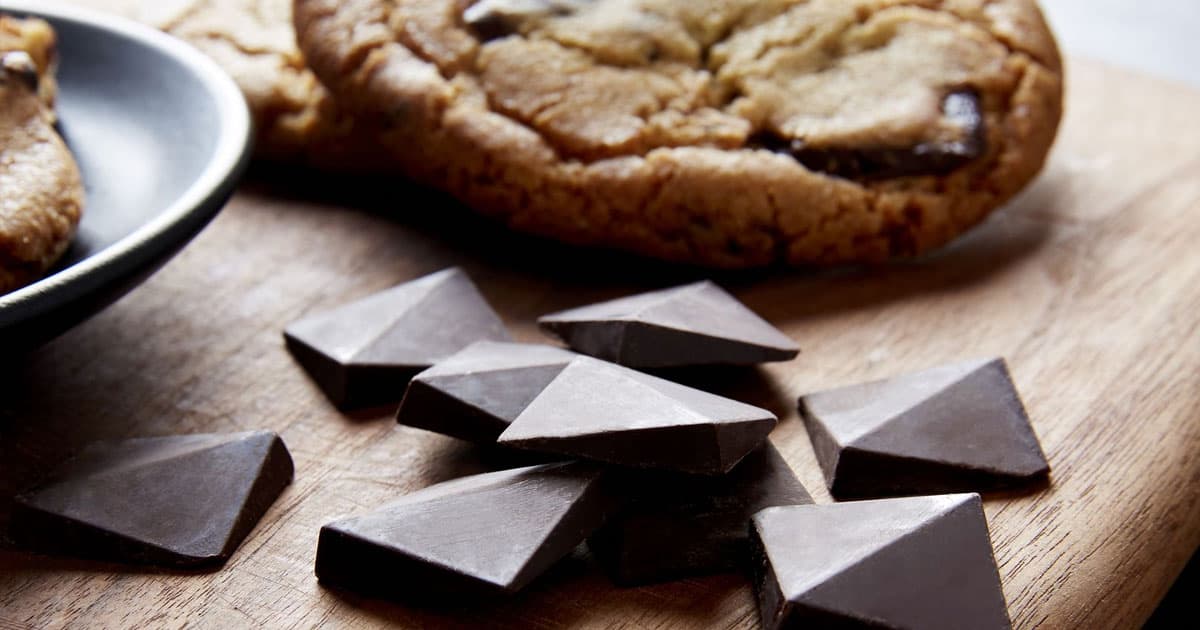 This "who needs this?" moment may be the best illustration of Silicon Valley yet.

This "who needs this?" moment may be the best illustration of Silicon Valley yet.

If it ain't broke, spend millions of dollars fixing it anyway. It's a common rallying cry of the Silicon Valley entrepreneurial spirit, and Tesla senior industrial designer Remy Labesque is heeding the call with his new, weirdly high-tech chocolate chips.

That's right. In his spare time, Labesque works for the chocolate startup Dandelion Chocolate, which Business Insider reports was founded in 2010 after tech entrepreneur Todd Masonis sold at least $150 million worth of Comcast stock. It's hard to imagine that the chocolate chip was screaming for an update, but Labesque went ahead anyway and redesigned a chip that's supposedly ideal for baking.

Labesque's handiwork turned the iconic droplet-shaped chip into a sleek, uniform polygon that the company says will melt more quickly while baking.

The design, Business Insider reports, can also be mass-produced rather than pipetted by hand which, come to think of it, is probably something that chocolate manufacturers delegated to industrial machines a long time ago anyway. But hey, chalk one up for sleek designs?

Look, it would go against brand for us here at Futurism Dot Com to stand in the way of progress. But is this the Silicon Valley innovation that the world really needed? Does it matter, and does anyone besides this guy really have a stake in flatter, more uniform, meltier chocolate?

If your biggest complaint about chocolate chip cookies is that they just aren't uniform enough, we come bearing great news: There is someone who isn't spending their brainpower and enormous resources considering literally anything else — any of the other things in the world that aren't uniform enough, like, say, health care — and they are thinking about your cookies.

READ MORE: A Tesla designer recreated the humble chocolate chip to be perfect to use for baking cookies [Business Insider]

More on Silicon Valley: Tech Used to Be For the Rich. Now They're Paying to Avoid It

Brands We Love
This High Tech Blender Is the Kitchen Upgrade You Didn't Know You Needed
9. 5. 20
Read More
Brands We Love
When It Comes To Gut Health, Trust Science, Not Gimmicks
8. 14. 19
Read More
This Week in Tech
This Week in Tech: Oct 27 – Nov 2
11. 2. 18
Read More
+Social+Newsletter
TopicsAbout UsContact Us
Copyright ©, Camden Media Inc All Rights Reserved. See our User Agreement, Privacy Policy and Data Use Policy. The material on this site may not be reproduced, distributed, transmitted, cached or otherwise used, except with prior written permission of Futurism. Articles may contain affiliate links which enable us to share in the revenue of any purchases made.
Fonts by Typekit and Monotype.