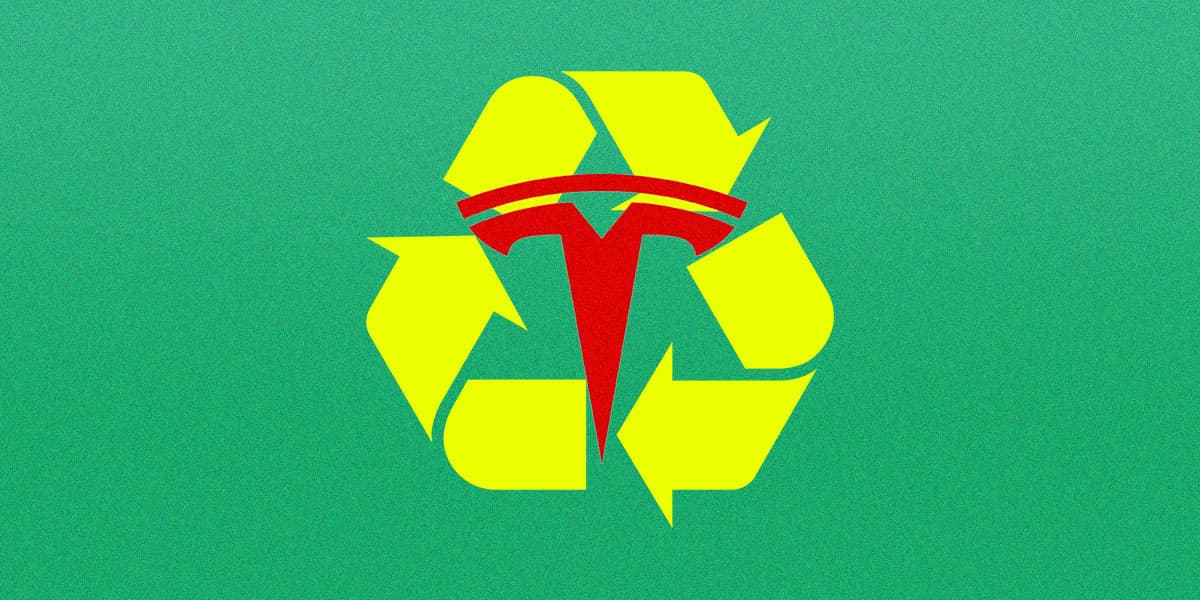 In its 2020 Impact Report, electric carmaker Tesla claims that it can now recycle up to 92 percent of raw materials that go into its battery cells, a process that the company's factories have already begun to implement.

The process could have a major impact on the environmental cost of building battery packs for electric vehicles. Not only is the process very energy intensive, but Tesla's current crop of batteries require cobalt, a rare metal associated with questionable mining practices in the Democratic Republic of the Congo, Zambia, and elsewhere.

Notably, Tesla didn't release any specific figures as to how many battery packs it actually recycled last year.

According to the company's figures, 1,300 tons of nickel, 400 tons of copper, and 80 tons of cobalt were recycled in 2020 from Tesla battery packs.

"A Tesla battery pack is designed to outlast the vehicle itself," the report reads. "Because of this, few consumer Tesla batteries — even those from our nearly nine-year-old Model S cars — have been decommissioned to date."

Tesla has been working on the process with third-parties for more than two years, according to InsideEVs, but has remained tightlipped about any details.

"The small number of post-consumer batteries that we receive are primarily generated from our fleet of vehicles on the road, predominantly from taxi-like vehicles," reads the report.

The company also noted that since the Model S has only been in production for nine years, it will "likely be some time before we start receiving back batteries in larger volumes."

Tesla has a strong interest in producing its own nickel, cobalt, and copper from recycled batteries, so it makes sense to spend money ironing out its recycling processes.

Fortunately, that could come to the benefit of the environment as well.

More on Tesla: Rumors Are Swirling That Tesla Will Sell a $25,000 Car

Mine! Mine!
Elon Musk Suggests Tesla Might Start Mining Lithium
Apr 8
Read More
World is on Fire
UN Calls Elon Musk's Bluff, Providing Detailed Plan to Prevent World Hunger
11. 16. 21
Read More
Bigger in Texas
Elon Musk, Who Moved to TX For Less Regulation, Is Furious That the Power Went Down
2. 19. 21
Read More
+Social+Newsletter
TopicsAbout UsContact Us
Copyright ©, Camden Media Inc All Rights Reserved. See our User Agreement, Privacy Policy and Data Use Policy. The material on this site may not be reproduced, distributed, transmitted, cached or otherwise used, except with prior written permission of Futurism. Fonts by Typekit and Monotype.