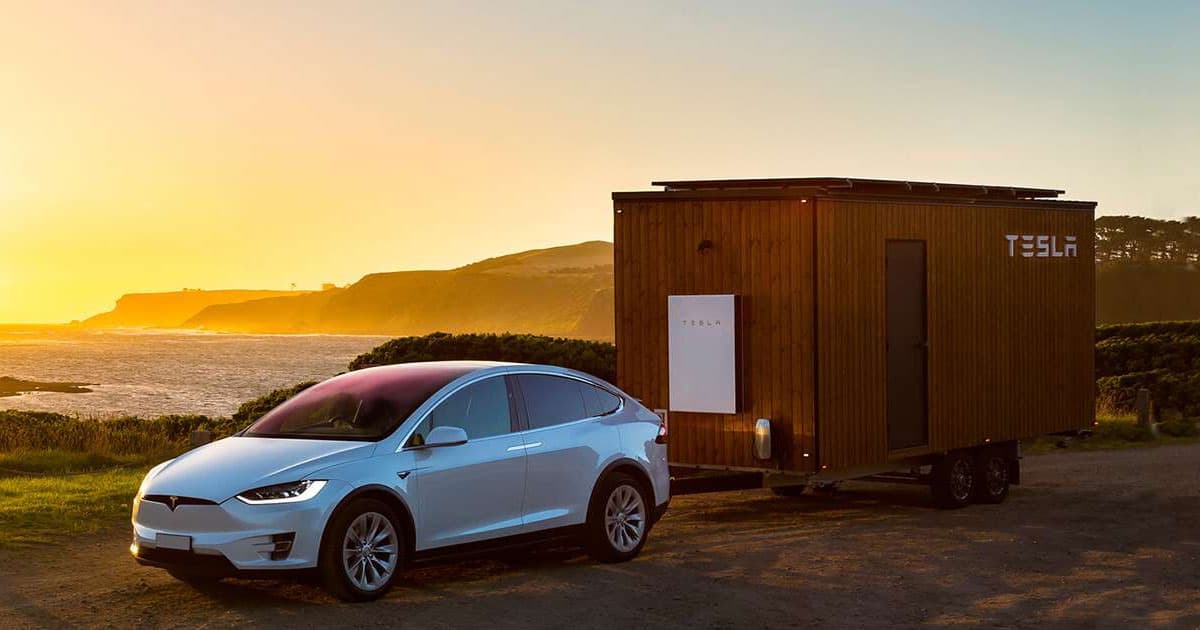 Teslas Are Getting a "Party and Camping Mode"

As if "Romance Mode" and "Toilet Humor" wasn't enough. Tesla owners have two more features to look forward to: "Party and Camping Mode."

CEO Elon Musk confirmed in a tweet on Thursday that the feature would roll out in "probably a month or two." Party and Camping Mode would allow Tesla Model S, Model X, and Model 3 owners to set the temperature, air flow, lights, and music for "48 hours or more" according to a July 2018 tweet from Musk — the first time the idea cropped up.

People have actually been sleeping in their Teslas for a number of years now. A "Camper Mode" already exists, which allows owners to set the temperature for a good night's sleep — whether they're parked in the jungle or in the middle of a snow storm. With the rear seats folded down, there's enough space for a twin mattress.

The upcoming "Party and Camping Mode" would add the ability to power devices through the outlet located in the center console.

The most recent software addition to Tesla's on-board software suite is a "Dog Mode" that will keep dogs cool in hot weather while their masters are running errands.

A "Sentry Mode" released at the same time keeps the car safe and will "play Bach’s Toccata and Fugue during a robbery (and keep Summer safe)," Musk tweeted earlier this year.