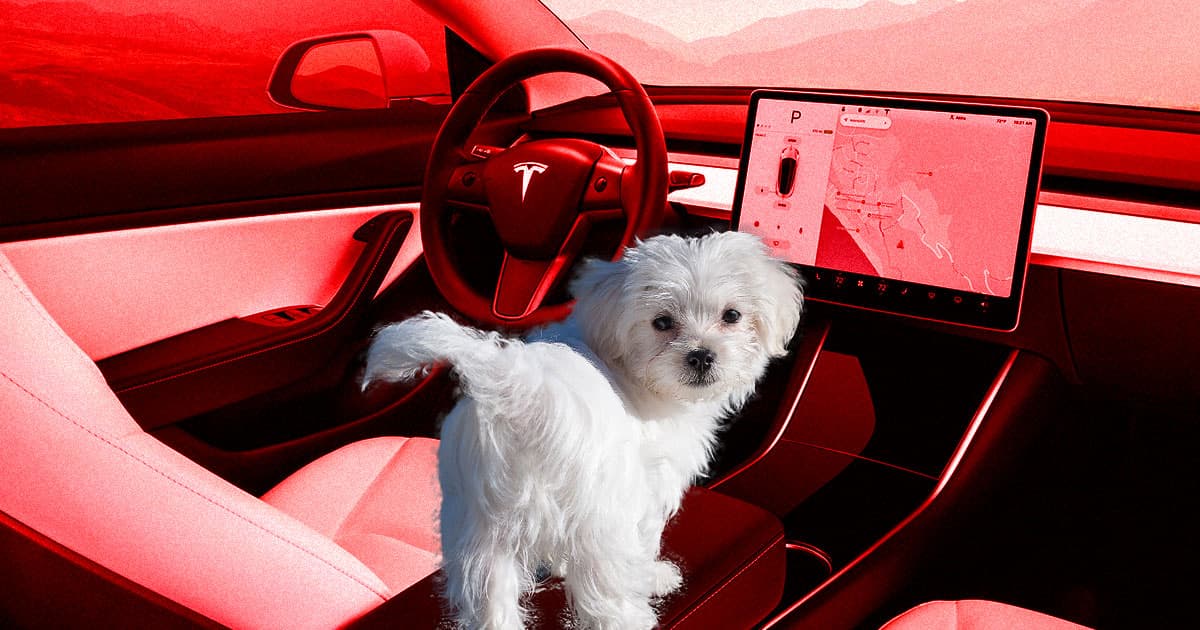 The Autopilot feature is designed to save pups' lives.

The Autopilot feature is designed to save pups' lives.

On Thursday, Musk tweeted that his company will roll out two new Enhanced Autopilot features next week via an over-the-air software update — including one suggested by a dog-loving Twitter follower that'll keep pups cool and entertained while their owners run errands.

On Oct. 18, Twitter user Josh Atchley used the platform to ask Musk if he could create a "Dog Mode" for the Model 3.

As Atchley described it, this setting would leave a Tesla's air conditioning and music on while in park, presumably so that an owner could leave their dog in the vehicle alone. He also suggested that "Dog Mode" include "a display on screen saying 'I’m fine my owner will be right back.'"

Musk replied to the request the next day with a simple "Yes." And based on Thursday's tweet, "Dog Mode" could arrive as soon as Feb. 11.

At that point we'll find out if Dog Mode also displays the length of time an owner has been away from the car and the vehicle's current temp, as Atchley later requested.

The other Enhanced Autopilot feature rolling out next week — "Sentry Mode" — also has a Twitter connection.

On Jan. 22, user Andy Sutton tagged Musk in a tweeted photo of his damaged Tesla, noting his desire for a "360 dash cam feature while parked." Like some kind of genie of social media, Musk showed up in the Twitter thread to grant the wish.

"Tesla Sentry Mode coming soon for all cars with Enhanced Autopilot," he responded to Sutton, later elaborating that the setting would "play Bach’s Toccata and Fugue during a robbery (and keep Summer safe)," the parenthetical being a reference to a car in "Rick and Morty" that goes to murderous ends to protect its inhabitant, Summer.

Let's just hope Sentry Mode isn't quite as extreme as that.