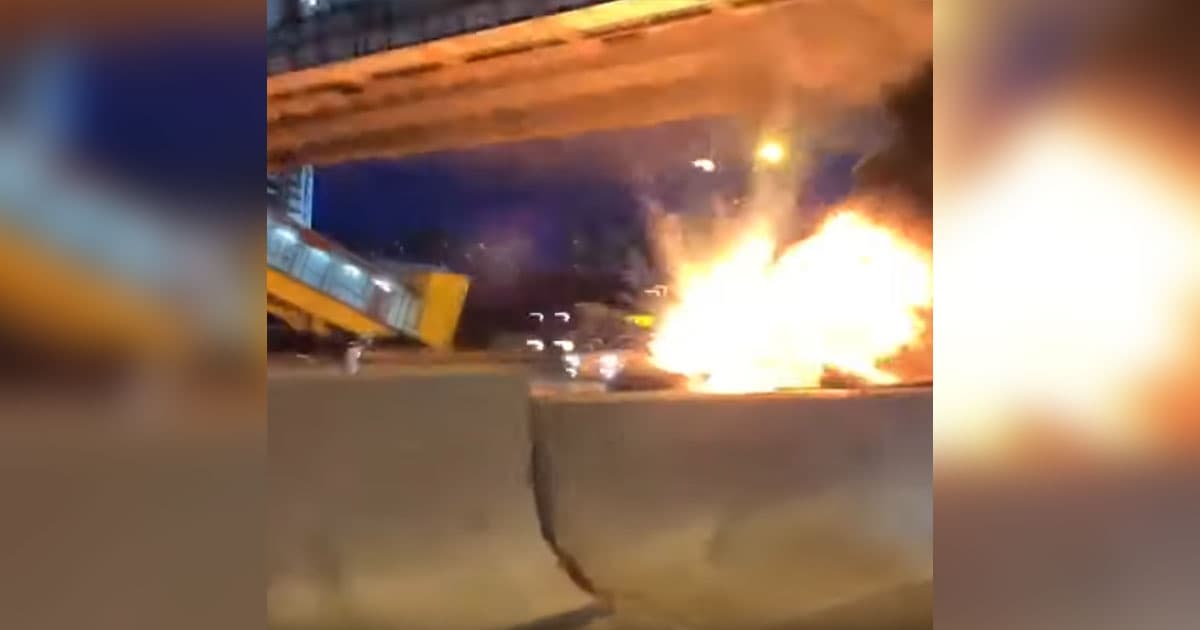 Autopilot was reportedly on during the crash.

Autopilot was reportedly on during the crash.

Videos on social media over the weekend show a Tesla Model 3 exploding into flames on the side of Moscow's Ring Road highway after colliding with a stationary tow truck.

The vehicle belonged to Aleksey Tretyakov, who got away with a broken nose and leg, according to Reuters. His children only suffered bruises. But the incident does shine yet another spotlight on Autopilot, an assisted-driving feature that was reportedly enabled during the accident.

The Model 3 reportedly plowed into a stationary tow truck late on Saturday while going around 100 km/h. Tretyakov told local television network REN TV that Autopilot mode, Tesla's driving assistance feature, was on during the crash — but that he also had his hands on the steering wheel.

The news comes after the family of Jeremy Beren Banner, a Model 3 owner who died when he crashed into a tractor-trailer while “Autopilot” mode was on, decided to sue Tesla for wrongful death earlier this month.

CCTV footage shows the vehicle's front left nose getting caught by the side of the tow truck.

"Thanks for your note," said a Tesla spokesperson in response to a request for comment. "We don’t have any comment on this but ask that you reference the vehicle fire and accident data published on our website here," along with a link to this page.

Editor's note: this story has been updated with a response from Tesla.

From Our Partners
Build A Robotic Toy Car With This DIY Self-Driving Vehicle Kit
9. 26. 21
Read More
From Our Partners
Build Your Own Self-Driving Car With This DIY Kit
9. 3. 21
Read More
From Our Partners
Make STEM Exploration A Family Activity With These Ten DIY Kits
7. 30. 21
Read More
+Social+Newsletter
TopicsAbout UsContact Us
Copyright ©, Camden Media Inc All Rights Reserved. See our User Agreement, Privacy Policy and Data Use Policy. The material on this site may not be reproduced, distributed, transmitted, cached or otherwise used, except with prior written permission of Futurism. Articles may contain affiliate links which enable us to share in the revenue of any purchases made.
Fonts by Typekit and Monotype.