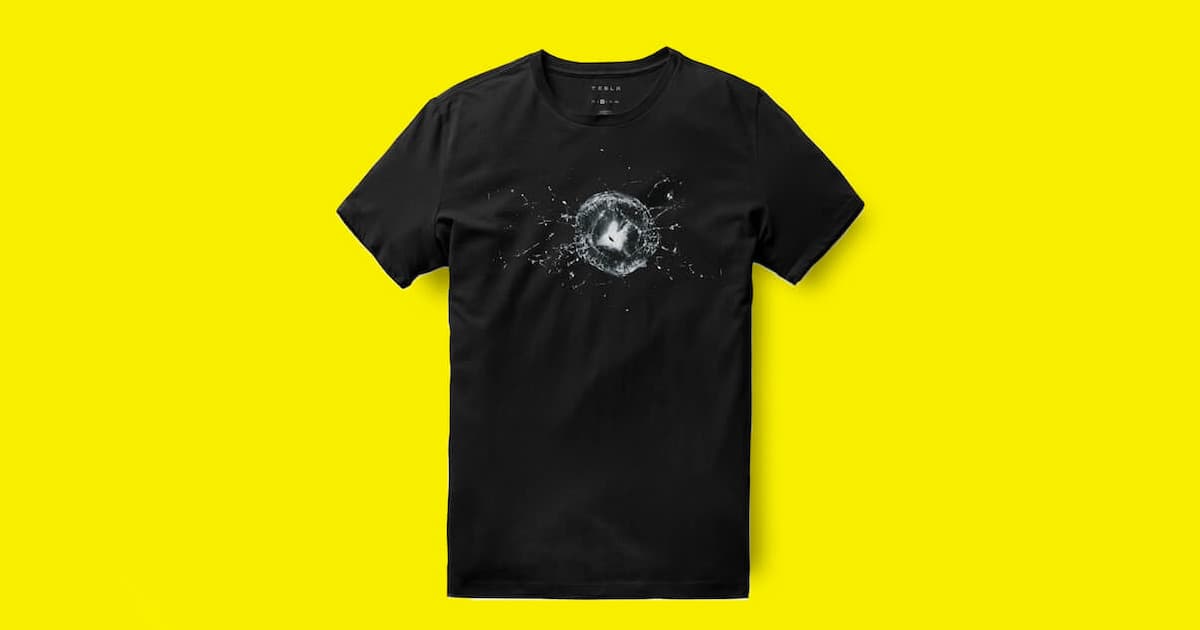 It's good to be able to laugh at yourself.

It's good to be able to laugh at yourself.

Tesla is dead set on having the last laugh.

The Elon Musk-led electric car company is now selling a T-shirt, spotted by Electrek, featuring the window that accidentally shattered during the company’s Cybertruck unveiling in November.

After Musk bragged that the Cybertruck’s windows were virtually bulletproof on stage during the announcement, chief designer Franz von Holzhausen lobbed a steel ball at one of the vehicle’s left windows — unexpectedly smashing it.

“Oh my fucking God,” Musk muttered after it broke.

Whether or not the shattering was caused by a pre-cracked window, as Musk later argued, Tesla wants to make an extra buck out of the mishap.

The “Cybertruck Bulletproof Tee,” which was “inspired by the Cybertruck unveil event,” according to the company’s website, can be yours for $45 and will ship within two weeks.

And for those who want to fully embrace the pickup lifestyle, Tesla will be selling a trucker hat with the Cybertruck logo as well, according to Electrek.

As for the truck itself, customers will have to wait until late 2021.

More on Cybertruck: Elon Musk Hints That a Cybertruck Is Headed to Mars