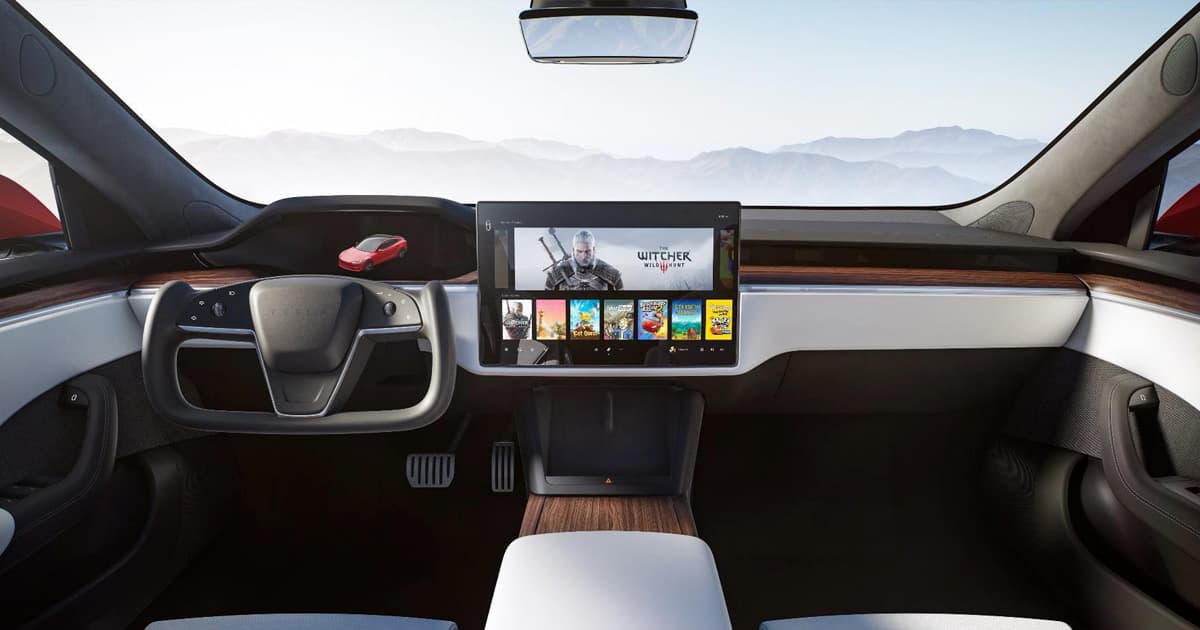 That new steering wheel is outrageous.

That new steering wheel is outrageous.

Tesla has released new images of the interior of its refreshed Model S — and the company included some quirky new features, Teslarati reports.

We've known that the electric carmaker has been working on bringing a new version of its best-selling Model S to market for a while now.

Some major adjustments have been made to the interior, making it stand apart from its predecessor, a model that has remained largely unchanged cosmetically since it was first introduced in 2012.

Up front and center is a new horizontal dashboard display, very much in line with Tesla's more recent Model 3 and Model Y.

The driving experience will also be transformed thanks to a futuristic racecar-like steering wheel, perhaps a nod to the carmaker's long-awaited Roadster hypercar.

In the back seats, Tesla has decided to add a small dashboard screen attached to the back of the front seat armrests presumably allowing backseat passengers to catch up on some Netflix — or simply adjust the climate inside the cabin.

It's still unclear if the new interior is meant for the long-rumored "Plaid" version of the Model S, which was first teased by Tesla CEO Elon Musk in 2019. The performance-oriented variant is outrageously fast, accelerating from zero to 60 in less than two seconds.

The new car will also feature a top speed of 200 mph and a highly competitive range of 520 miles.