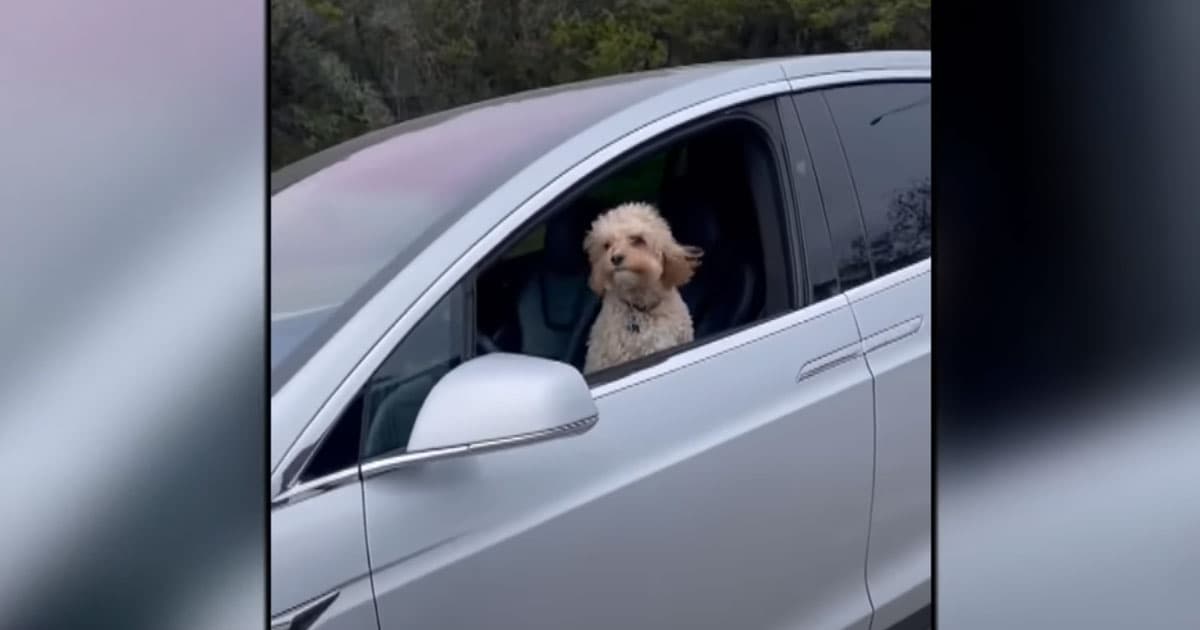 Tesla Spotted Cruising Down Highway With Dog in Driver's Seat

Because nothing matters any more, a dog appears to have taken control of a Tesla vehicle, according to a groundbreaking investigate report by Inside Edition.

"This is crazy!" sputtered Blake Missick, from Austin, Texas, incredulously in the video, which shows a shaggy dog going for a spin in a Tesla. "There's nobody in there! Is this legal?"

While it's not the most egregious use of Tesla's infamous Autopilot software, it's yet another instance of somebody abusing the self-driving software for views on the internet.

The fact that Tesla's software is incredibly easily fooled into thinking there's a human driver behind the wheel doesn't exactly help, either.

When asked by Inside Edition if he set up the obviously staged video, Missick responded with "no, no I wish I knew somebody with a Tesla, that would be pretty cool."

"But not involved with this one," he added.

But given all the other silly videos Missick happens to have orchestrated previously, like the one where he tried — and failed — to catch a wasp with a tiny lasso in his kitchen, it's not a stretch to conclude that he may be behind this latest viral stunt as well.

As Inside Edition's insightful reporter was quick to point out, somebody was likely hiding in the backseat while the pooch got to not sit shotgun for once.

Austin police's animal cruelty unit is now investigating, according to the magazine.

READ MORE: Dog Appears to Be Alone Behind Wheel of Tesla in Viral Video [Inside Edition]