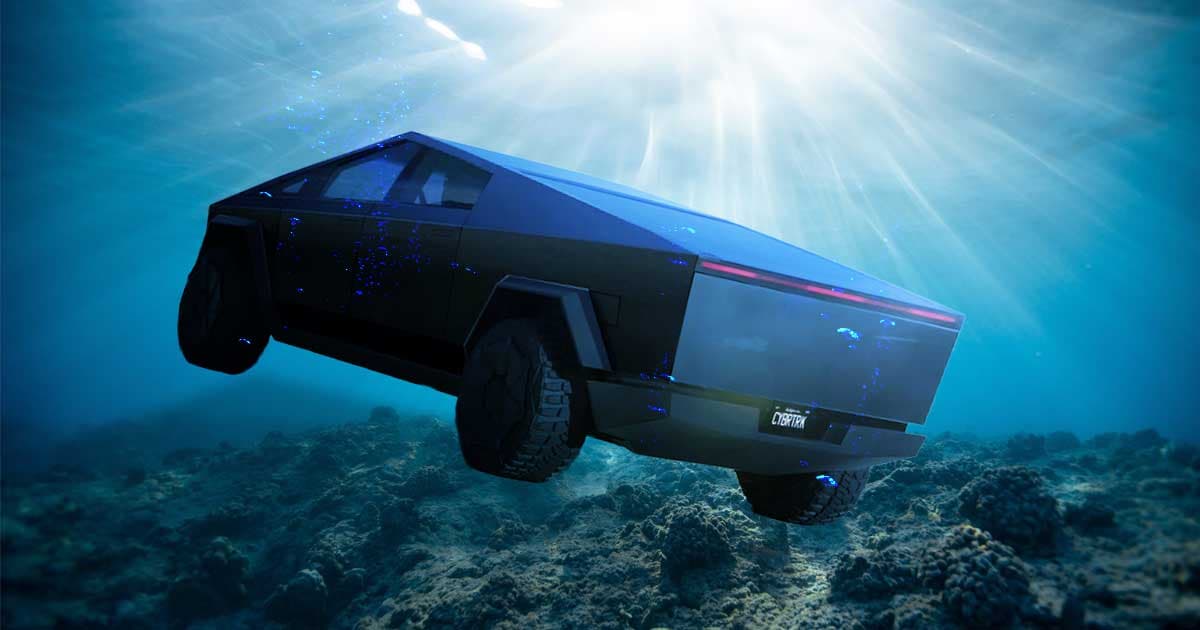 Car enthusiast Instagram account hypercarslands uploaded a render showing Tesla's newly-announced Cybertruck going for a dip in the ocean with a passenger fishing off the back.

It's a fun interpretation of what Tesla's new electric pickup truck could one day be capable of doing. It's also not as far fetched as it seems. Tesla CEO Elon Musk has repeatedly stated that the design of the truck was inspired by the amphibious Lotus Esprit S1, famously featured in the 1977 James Bond film "The Spy Who Loved Me." He even bought the actual prop car in 2013.

"We will be making a submarine car," Musk told The Independent in 2014. "It can transition from being a submarine to a car that drives up on the beach. Maybe we'll make two or three, but it wouldn't be more than that."

Turning the massive (and likely extremely heavy) Cybertruck into a floating fishing platform would be a pretty big challenge. And even if those at Tesla never get around to it, the creative people of the internet have been known to be excellent tinkerers — like that dad who 3D-printed an entire Lamborghini with his son.

More on Cybertruck: Elon Musk: Cybertruck Aerodynamics Could be “Insane”