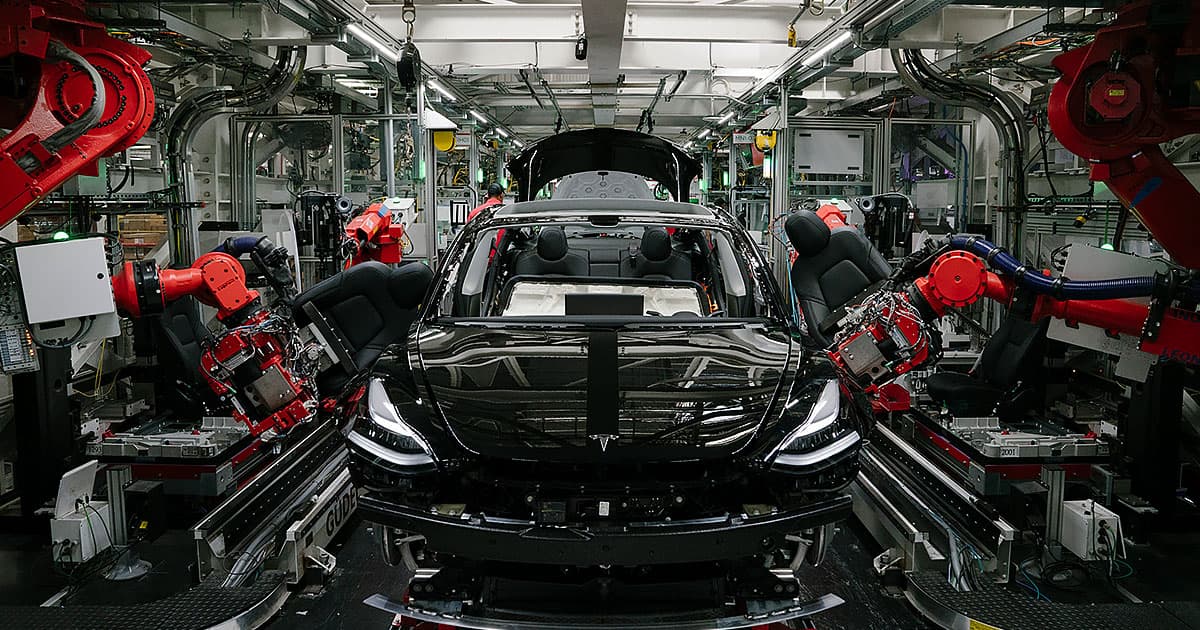 Another bump in the road for Elon’s full self-driving promise.

Feb 9
Mason Trinca for The Washington Post via Getty Images

Another bump in the road for Elon’s full self-driving promise.

Well, this is a bad look.

A CNBC report found that Tesla cut corners to deal with the rampant supply chain issues caused by the pandemic — putting yet another hurdle in the way to level three full-self driving cars.

The Elon Musk-led electric car manufacturer removed one of two electronic control units in its Shanghai-built Model 3 and Model Y cars, two anonymous Tesla employees told the broadcaster. The move came as the company was under pressure to deliver fourth quarter sales goals amidst a global semiconductor shortage.

The component isn’t necessary for current "level two" drivers assistance systems such as Full Self-Driving and Autopilot, which still require the driver to remain alert with their hands on the wheel, and was described as redundant, as there was a backup chip system that performed those tasks. So there’s no real danger from not including it in the company's cars with their current software capabilities.

However, it is needed for the company to reach its goal of "level three" autonomy, which would provide hands-free driving assistance. Since the component provides the cars with a dual-control steering system, drivers will need to take their vehicles in to get it retrofitted with a new chip if they want a level three self-driving system.

That all directly contradicts Musk himself, who said during a recent earnings call that the cars could achieve hands-off autonomy with a software update.

"My personal guess is that we’ll achieve Full Self-Driving this year at a safety level significantly greater than a person, so the cars in the fleet essentially become self-driving via software update," Musk said in a comment heard by CNBC.

All in all, it’s just another case of Elon overpromising and underdelivering. We’ll see if level three does finally come out this year, like he says — or if it'll be just another empty promise.