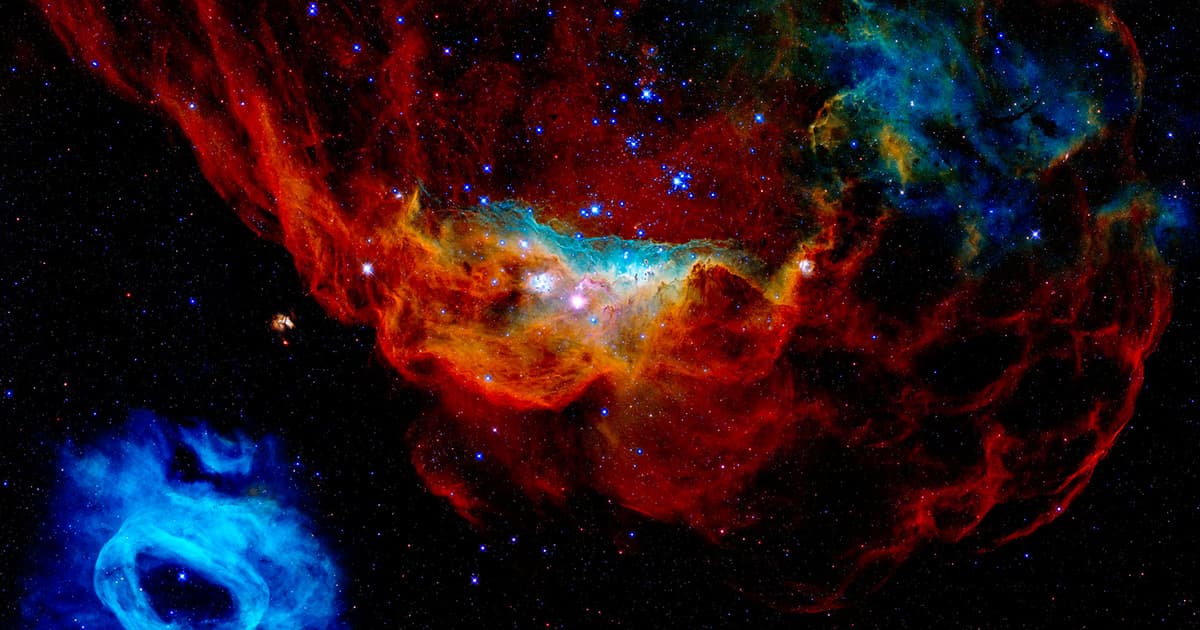 Could exploding stars cause climate change?

Could exploding stars cause climate change?

A scientist is tracing nearby supernova explosions back in time using an unexpected historical record: sudden spikes in radiation recorded in tree rings here on Earth.

University of Colorado geoscientist Robert Brakenridge traced several of the supernovas that happened near our solar system over the past 40,000 years and, by looking at coinciding tree rings, concluded that exploding stars can have major impacts on climate and environment. His research, published last week in the International Journal of Astrobiology, helps clarify how cosmic events can affect us on Earth.

Tree rings provide a record of how many radioactive isotopes reach Earth's atmosphere from space. There are a few historical spikes of these isotopes that can't be explained by anything happening on Earth. In the study, Brakenridge found that several seem to line up with stars violently exploding.

"These are extreme events, and their potential effects seem to match tree ring records," Brakenridge said in a press release.

The spikes suggest that supernovas can weaken the ozone layer and change the Earth's climate. However, the work isn't definitive. Other researchers have suggested solar flares could be the culprits, and it's difficult to precisely date supernova explosions, so the cosmic events may not align with tree rings as neatly as it seems.

"We're seeing terrestrial events that are begging for an explanation," Brakenridge said in the release. "There are really only two possibilities: A solar flare or a supernova. I think the supernova hypothesis has been dismissed too quickly."

READ MORE: Tree rings may hold clues to impacts of distant supernovas on Earth [University of Colorado at Boulder]

Strange Stars
Astronomers Puzzled by Extremely Peculiar Object in Deep Space
Oct 25
Read More
zombie star
Scientists Puzzled by Star That Exploded in Supernova But Somehow Survived
Jun 28
Read More
Space Lumps
Scientists Say We May Be Extremely Wrong About the Universe
Apr 28
Read More
+Social+Newsletter
TopicsAbout UsContact Us
Copyright ©, Camden Media Inc All Rights Reserved. See our User Agreement, Privacy Policy and Data Use Policy. The material on this site may not be reproduced, distributed, transmitted, cached or otherwise used, except with prior written permission of Futurism. Articles may contain affiliate links which enable us to share in the revenue of any purchases made.
Fonts by Typekit and Monotype.