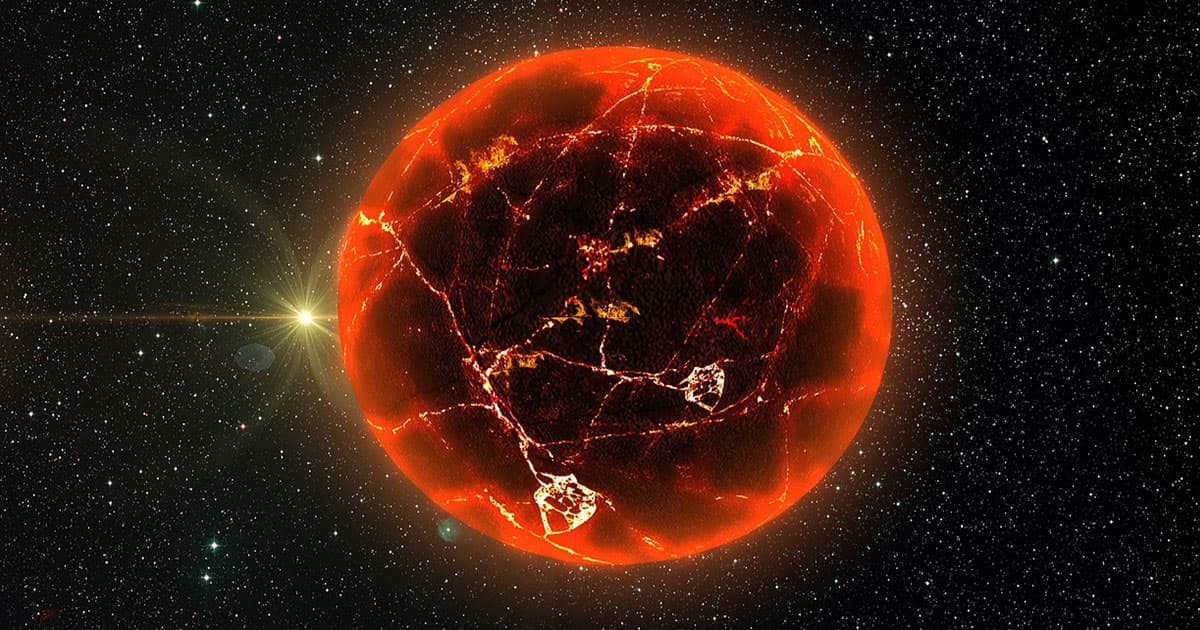 Their radiance can't be explained by lava oceans alone.

Their radiance can't be explained by lava oceans alone.

Astronomers had previously assumed that was because the light was reflecting off vast oceans of lava and glass on their surface, but a team of MIT scientists thinks the brightness comes from a totally-different but equally-weird phenomenon. Their research, published Tuesday in The Astrophysical Journal, suggests instead that the planets are so bright thanks to reflective clouds formed in a metal-rich atmosphere.

The lava ocean hypothesis was fairly well-accepted, but there was no experimental evidence to back it up. So the MIT team tried it out: They built miniatures of the exoplanets by melting rocks in the lab and seeing how bright the lava and glass was. The verdict? Not enough.

"We still have so much to understand about these lava-ocean planets," MIT graduate student Zahra Essack who worked on the research, said in a press release. "We thought of them as just glowing balls of rock, but these planets may have complex systems of surface and atmospheric processes that are quite exotic, and not anything we've ever seen before."

The experiment didn't result in new proof for the metal-rich clouds. But it suggests that there has to be something else behind the exoplanets' unusual luminosity, and the atmosphere seems like a good place to look.

"We're not 100 percent sure what these planets are made of," Essack said in the release, "so we're narrowing the parameter space and guiding future studies toward all these other potential options."

READ MORE: Lava oceans may not explain the brightness of some hot super-Earths [MIT]

More on exoplanets: Stunning Images Appear to Show a Planet Being Born