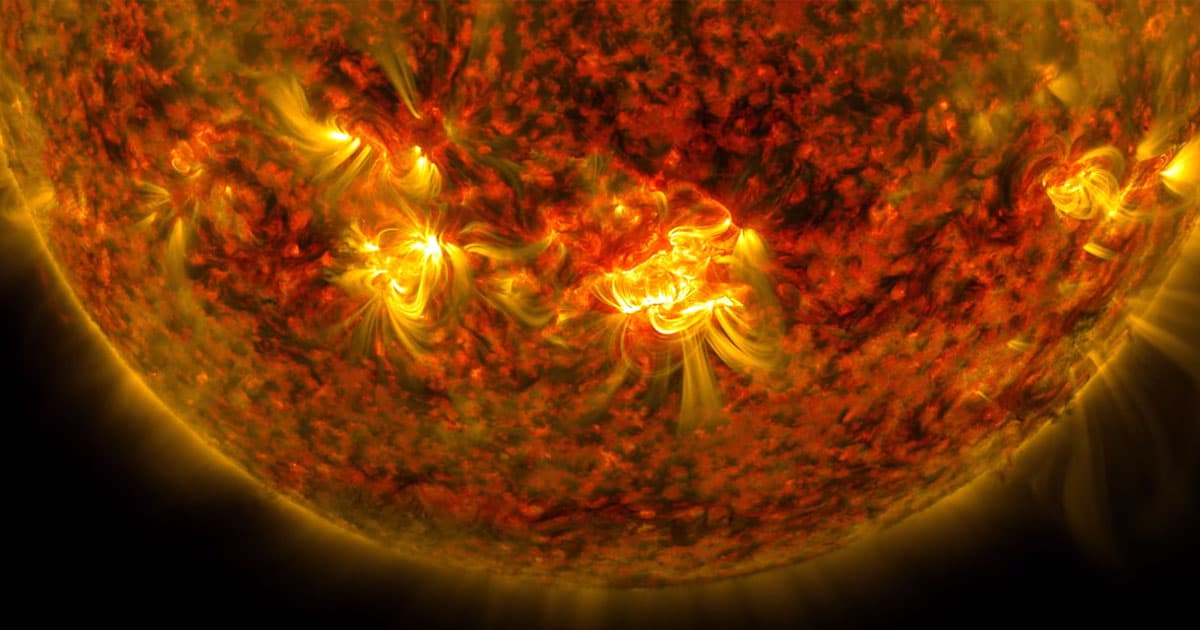 The Sun Just Blasted the Earth With an Enormous Solar Flare

The footage is unreal.

The footage is unreal.

During the days leading up to Halloween, the Sun's surface was roiling with activity, blasting powerful bursts of radiation towards the Earth, according to NASA.

While our planet's surface is protected from the cosmic drama by its atmosphere, the flare ups can wreak havoc on GPS and communications satellites.

One solar flare was so powerful that it was classified as an X1-class flare upon detection on October 28, NASA said, which is one of the most intense of its kind.

A video released by NASA shows the spectacle in motion — and emphasizes, once again, the flabbergasting power of our star.

The solar storm also triggered dazzling displays of auroras, commonly known as the northern lights, in the night skies over stretches of North America.

Since December 2019, the Sun's activity has been gaining steam, a part of its natural solar cycle. Each cycle lasts about 11 years, rising from calm to stormy and back again.

Solar activity can heat up so much, in fact, that the Sun's magnetic poles end up flipping, blasting off massive amounts of solar material in the process.

These events are the biggest explosions in the solar system and can release as much energy as a billion hydrogen bombs, according to NASA. So even though the Sun enables life on Earth, don't ever forget its potential for terrible destruction as well.

More on solar flares: The Sharpest-Ever Image of a Sunspot Looks Like a Portal to Hell