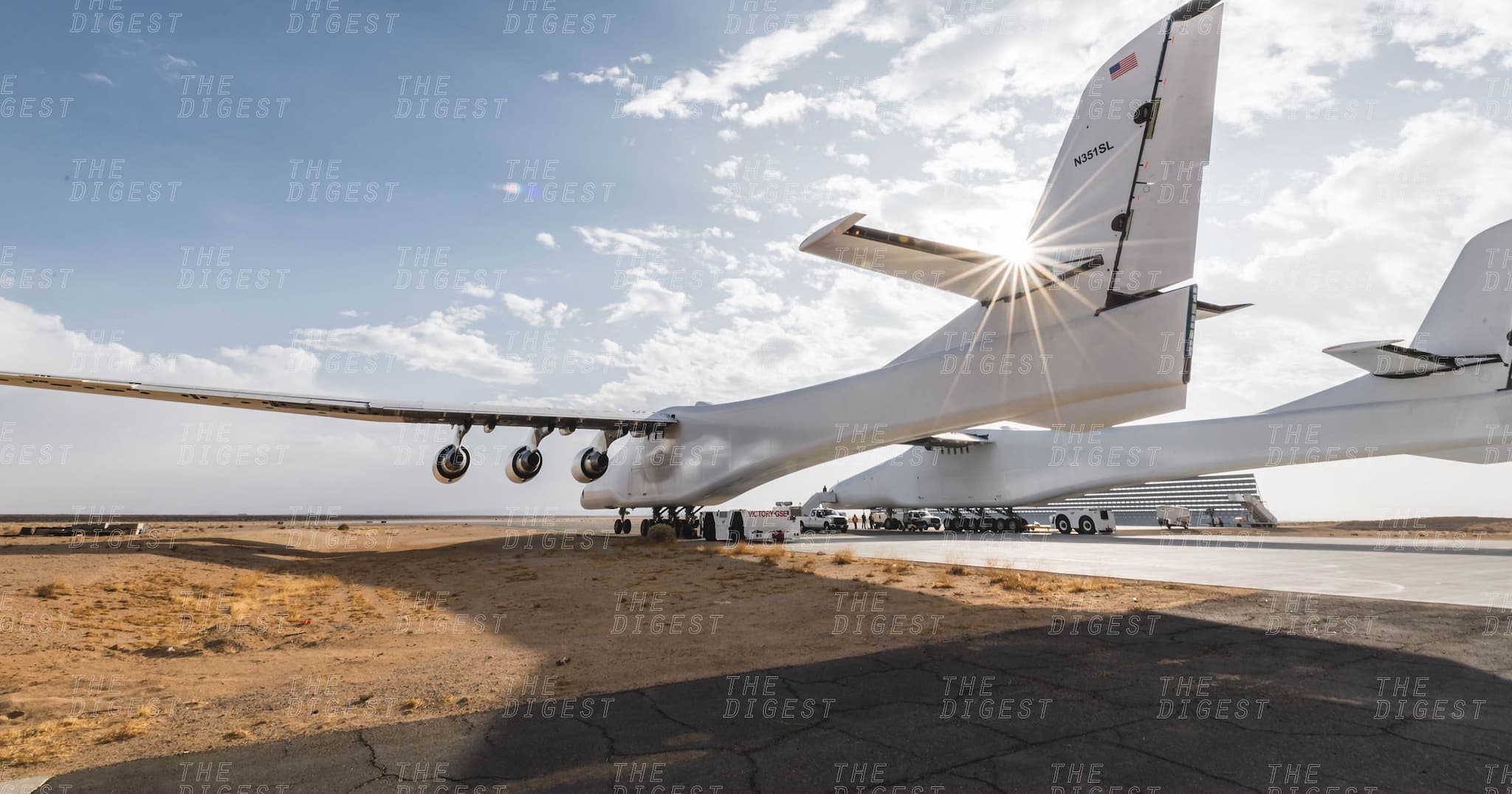 The World’s Largest Aircraft Will Carry These Four Launch Vehicles

And it could be ready for takeoff as soon as this year.

And it could be ready for takeoff as soon as this year.

A MASSIVE CRAFT. When Microsoft co-founder Paul Allen's Stratolaunch aircraft finally leaves the ground, it'll become the aircraft with the largest wingspan in history to do so. That maiden voyage could take place in the next few months, before the end of 2018. And now we know what the massive craft will carry once it's fully operational.

On Monday, Stratolaunch Systems announced some details about its four launch vehicles that will (if everything goes according to plan) carry satellites into orbit. The Stratolaunch aircraft will ferry these vehicles high into the sky and then drop them, at which point they'll launch and shoot into orbit to deliver their payloads.

This method of launching a rocket in mid-air, known as air launch to orbit, means you can launch something into space from pretty much anywhere, isn't as dependent on the weather, and requires less rocket fuel (read: cheaper) than a standard rocket launch. However, the craft carrying today's launch vehicles to altitude aren't large enough to handle payloads as heavy as those the Stratolaunch will be able to support.

THE FOUR VEHICLES. The Stratolaunch aircraft won't carry any of these launch vehicles on its maiden voyage later this year, but the company has already started developing them to be used in the coming years. Here's what we know about each so far:

EASY ACCESS. Stratolaunch Systems believes these vehicles could help democratize access to space by making it easier for others to send satellites into orbit.

"We are excited to share for the first time some details about the development of our own, proprietary Stratolaunch launch vehicles, with which we will offer a flexible launch capability unlike any other," said Stratolaunch CEO Jean Floyd in a statement. "Whatever the payload, whatever the orbit, getting your satellite into space will soon be as easy as booking an airline flight."

READ MORE: Finally, the Biggest Airplane in the World Has Some Rockets to Launch [Ars Technica]

More on the Stratolaunch: Makers of the World’s Largest Airplane Have Extraterrestrial Ambitions

Deadly Development
Whistleblower Says Boeing 787 Oxygen Masks Don't Work
11. 6. 19
Read More
Nose Dive
Pilots Were Worried About Boeing 737 Max Before Deadly Crash
3. 13. 19
Read More
The Age of Hypersonic Flight Will Completely Change How We Travel
6. 30. 17
Read More
+Social+Newsletter
TopicsAbout UsContact Us
Copyright ©, Camden Media Inc All Rights Reserved. See our User Agreement, Privacy Policy and Data Use Policy. The material on this site may not be reproduced, distributed, transmitted, cached or otherwise used, except with prior written permission of Futurism. Articles may contain affiliate links which enable us to share in the revenue of any purchases made.
Fonts by Typekit and Monotype.