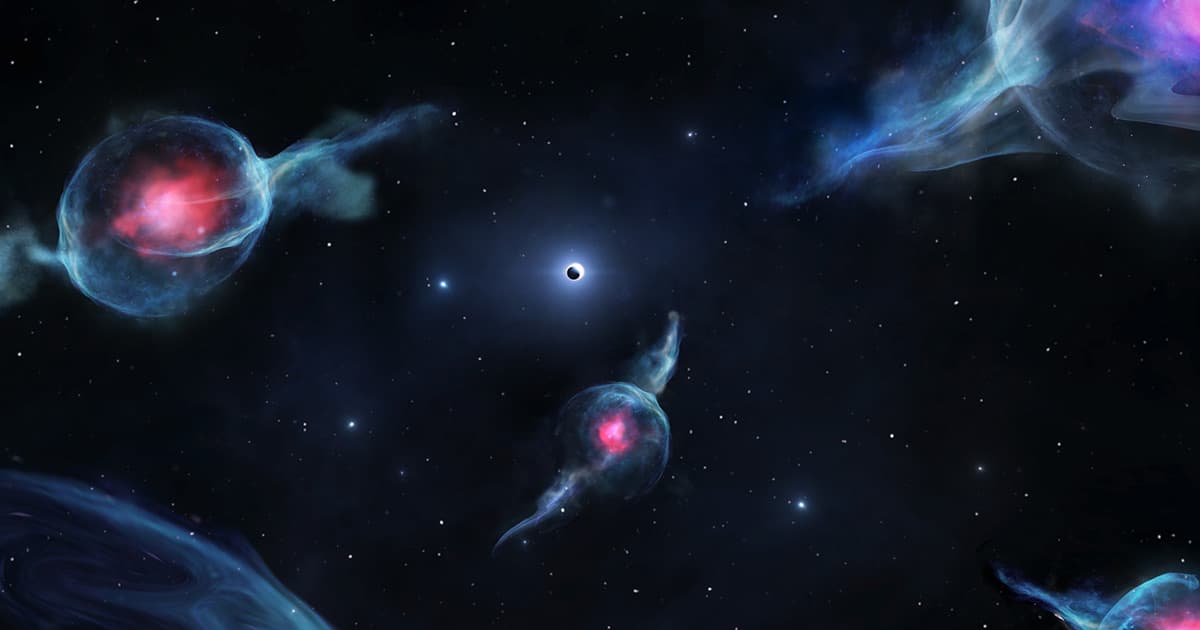 Researchers from the University of California, Los Angeles, have identified a new type of astronomical object in our galaxy — and they appear to shape shift.

They're called G objects, and so far, astronomers have identified six of them orbiting the supermassive black hole at the center of the Milky Way. When the G objects are farthest away from the black hole, they are compact. But when closest to it, they stretch out.

"These objects look like gas and behave like stars," researcher Andrea Ghez said in a press release.

Ghez and her colleagues spotted the first G object, G1, in a 2005 astronomical survey. A German team discovered the second, G2, in 2012. On Wednesday, the UCLA team published a study in the journal Nature detailing the orbits of those G objects and four others: G3, G4, G5, and G6.

The researchers suspect that each of the G objects was likely once a binary star system, but the gravitational pull of the Milky Way's supermassive black hole forced them to begin merging. They also believe that other G objects could exist beyond our galaxy,

"It’s possible that many of the stars we’ve been watching and not understanding may be the end product of mergers that are calm now," Ghez said. "We are learning how galaxies and black holes evolve."