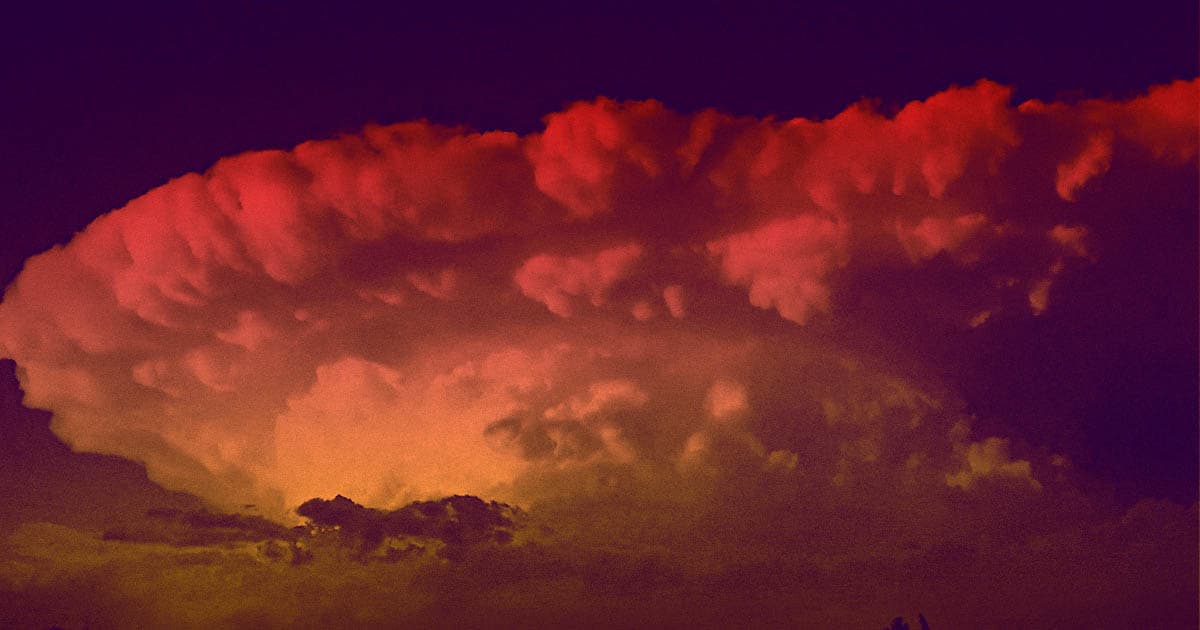 Some Storms Are so Strong They Shake the Ocean Floor, Says Study

It's easy to see the impact an off-coast storm has on the water's surface. But according to a new study, severe storms can actually shake the ocean floor as well, causing "stormquakes" — a previously unknown phenomena that solves a seismic mystery.

Scientists already knew prior to this study that the ocean produces seismic signals. But while some of those signals could be explained by the ocean's waves, there was a band of signals that occurred at a frequency between 0.02 and 0.05 hertz that were seemingly inexplicable.

It was those signals that the U.S.-based researchers behind this new study, which was published in the journal Geophysical Research Letters on Monday, sought to explain — and after analyzing nearly 10 years' worth of seismic data, they noticed a strange pattern emerging.

"[The signals] were seasonal," researcher Wenyuan Fan told Science News. "Earthquakes do not have seasonality. But weather does."

That led the team to the discovery that the shaking of the ocean floor coincided with the raging of a storm above it.

However, a storm alone isn't enough to cause a stormquake — the seafloor below the storm has to be just the right shape, too.

"It's something about the shape — or the bathymetry — of the seafloor interacting with these big ocean waves that are produced during storms," researcher Wendy Bohon told Motherboard. "You're getting some kind of energy relief that's beating on the seafloor in a particular way, and those waves are moving out in all directions as coherent packages which we’re then able to detect using seismometers."

More on earthquakes: This "Peeling" Tectonic Plate Could Cause Catastrophic Earthquakes

Ocean Explosion
Hey Kids, Wanna See Satellite Footage of a Volcano Violently Erupting?
Jan 15
Read More
Tornado Watch
Tornadoes Like Kentucky's May Be Getting Stronger Due to Climate Change, Scientists Say
12. 12. 21
Read More
California's Future Is Dry, Wet, and Scary
4. 23. 18
Read More
+Social+Newsletter
TopicsAbout UsContact Us
Copyright ©, Camden Media Inc All Rights Reserved. See our User Agreement, Privacy Policy and Data Use Policy. The material on this site may not be reproduced, distributed, transmitted, cached or otherwise used, except with prior written permission of Futurism. Articles may contain affiliate links which enable us to share in the revenue of any purchases made.
Fonts by Typekit and Monotype.