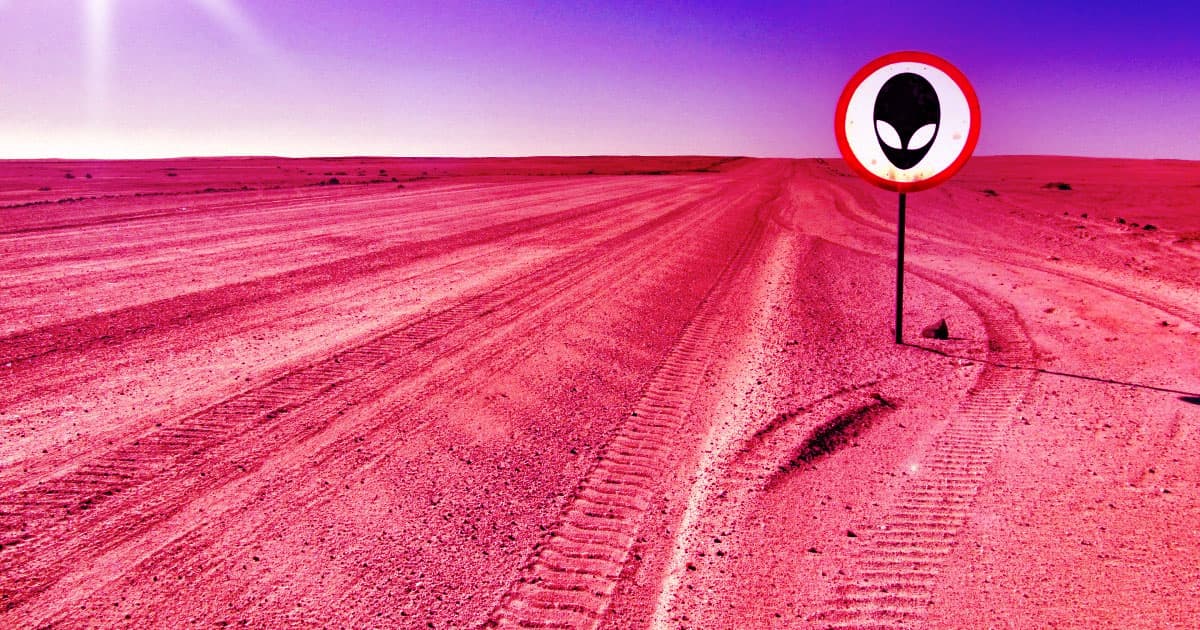 They want clear skies in case they need to fly people to safety.

They want clear skies in case they need to fly people to safety.

In July, a Facebook user created an event urging people to "storm" Area 51, the top-secret Nevada military base suspected of housing UFOs and, perhaps, evidence of aliens. The event's creators soon realized just how terrible of an idea it would be to raid a military base and replaced the initial event with a far less risky music festival dubbed Alienstock.

Now, with the festival — or something like it, after drama between organizers — just days away from kicking off, the Federal Aviation Administration has announced that it's closing down airspace over Area 51 for the weekend.

Help Is on the Way

Based on a statement from Chris Sukach, a spokesperson for Nellis Air Force Base, the temporary flight restriction over two areas near Area 51 is for the benefit of anyone attending Alienstock.

"This particular [temporary flight restriction] was requested to assist with public safety for the planned events of this weekend," Sukach told CNET, "and to ensure the safety of flight for emergency/life-saving flights, including medical, law enforcement, and firefighting aircraft."

Given Alienstock's remote setting and huge number of potential attendees, the event has all the makings of an epic clusterfuck. Heck, its creators even tried to cancel the fest amid concerns it would be a "humanitarian disaster."

Hopefully, this flight restriction over the area will make it easier for officials to prevent that disaster from coming to fruition — or at least get people to safety if it does.

Health Revelation
Chris Hemsworth Reveals Grim Genetic Test Results, Will Take Break From Acting
Nov 22
Read More
PDA
Elon Musk Is Faving Posts on Twitter That Are Making Our Skin Crawl With Embarrassment
Nov 9
Read More
Baited
That "Research" About How Smartphones Are Causing Deformed Human Bodies Is SEO Spam, You Idiots
Nov 3
Read More
+Social+Newsletter
TopicsAbout UsContact Us
Copyright ©, Camden Media Inc All Rights Reserved. See our User Agreement, Privacy Policy and Data Use Policy. The material on this site may not be reproduced, distributed, transmitted, cached or otherwise used, except with prior written permission of Futurism. Articles may contain affiliate links which enable us to share in the revenue of any purchases made.
Fonts by Typekit and Monotype.