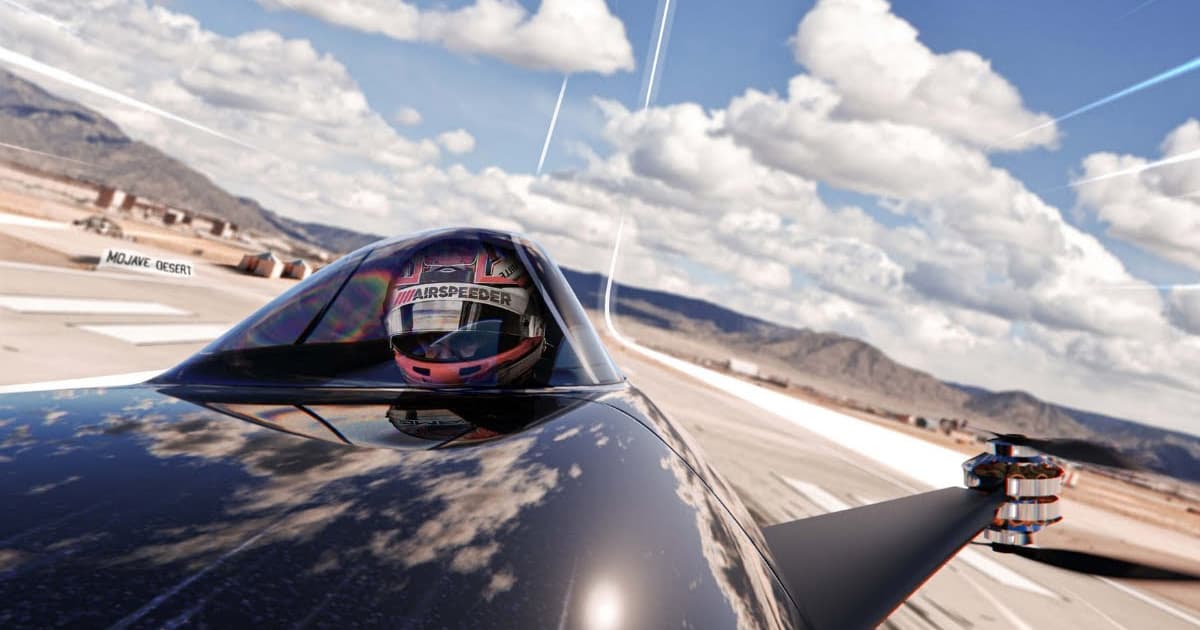 Now This Is Podracing

If you thought NASCAR was a rush, get ready for mind-blowing, deadly racing action.

If you thought NASCAR was a rush, get ready for mind-blowing, deadly racing action.

The sleek single-seater quadcopter is designed to be raced against ten others of its kin in a tournament later this year — albeit without human pilots on board, which is unsurprising given the inherent safety risks.

At the same time, though, the company is working on the Mk4, its first human piloted racing car, which is slated to make its debut some time next year.

"The world’s first electric flying car races will take place this year and will be the most exciting and progressive motorsport on the planet," Alauda founder Matt Pearson boasted in a statement.

The Mk3 is built from the ground up with speed in mind, featuring an aerodynamic, wedge-shaped chassis and a powerful 96 kilowatt powertrain.

It's a real speed demon: it can accelerate from 0 to 62 mph in a blistering 2.3 seconds.

Its carbon fiber fuselage cuts down overall weight to just 220 pounds. Battery technology limits mean the racecar will have to return to the ground for "slide and lock" battery swap pit stops, similar to F1 racecars.

Different battery packs could allow teams to differentiate themselves and gain an advantage.