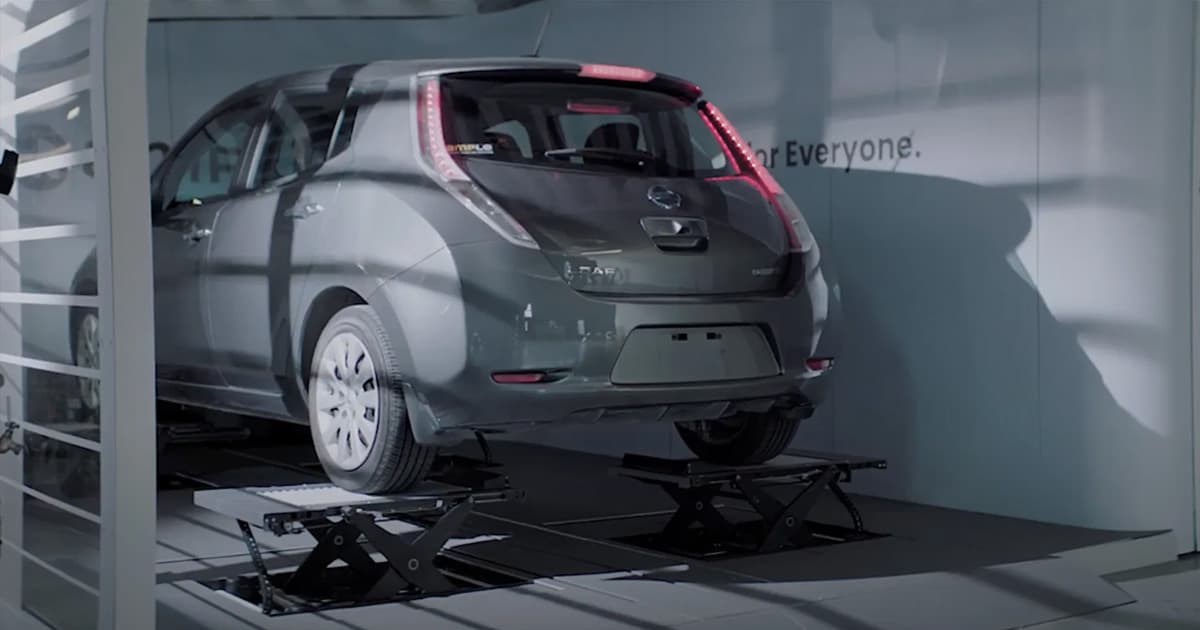 San Francisco-based startup Ample has launched an electric car charging network that can provide a car with a full charge in less than ten minutes, Business Insider reports.

Ample got on its feet thanks to a partnership with Uber. It's currently in charge of charging the ride-hailing app's fleet of cars in San Francisco. And now, seemingly, it wants to revolutionize the infrastructure of electric vehicles.

Rather than charging existing batteries, the startup is betting on battery-swapping technologies, a system likened to "Lego blocks" by CEO Khaled Hassounah.

The company's concept is entirely modular, meaning that larger vehicles can fit more battery modules, while smaller vehicles only need to swap fewer. The system is also entirely autonomous with customers only interacting with a smartphone app.

The overall goal is to eliminate "range anxiety," meaning consumer hesitancy caused by the limited range of many electric vehicles currently on the market.

Ample is also trying to make electric cars more affordable. "Electric cars shouldn't have to be subsidized by the government or come at a huge personal cost," Ample president John de Souza told BI. "It has to be more convenient than gas so it becomes a no-brainer for people to say, 'Why wouldn't I switch?'"

So far, the company has only built two stations in San Francisco, but it's planning to install several more in other major Californian cities.

It's an interesting move considering that the majority of electric automakers have decided to permanently affix batteries to their range of vehicles and build out in-situ car charging infrastructure.

It's unclear if that would make the majority of electric cars on the road today, including Teslas, incompatible with Ample's infrastructure.

To fully realize its potential, Ample still has a lot to prove. It's a compelling idea, but it's arguably is late to the game.

READ MORE: You could soon charge an electric car in the time it takes to fill a tank of gas thanks to a startup partnering with Uber [Business Insider]