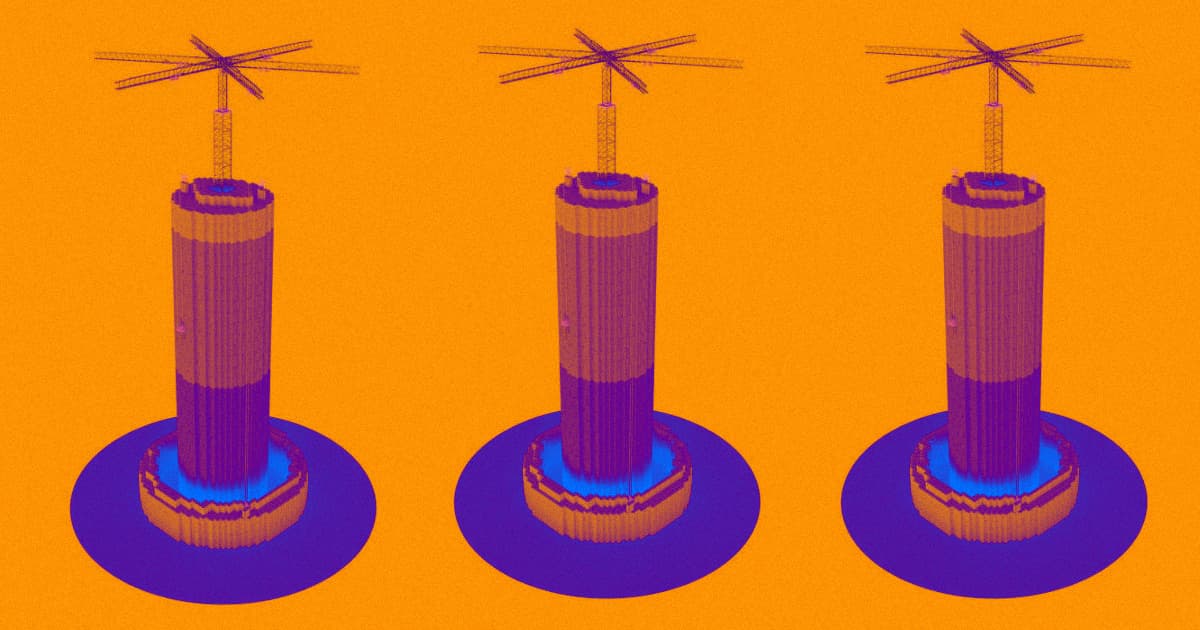 Swiss startup Energy Vault wants to overcome the limitations of lithium-ion batteries by storing green wind and solar energy by stacking massive towers made up of 35-ton bricks, The Wall Street Journal reports.

In August, the startup locked down $110 million from SoftBank's Vision Fund. The company already constructed a 400-foot demonstration tower and is planning to eventually build cranes up to 500 feet in height.

The concept relies on gravity alone.

A pre-programmed crane on top of a massive tower lifts and stacks colossal bricks on top of each using excess power from wind and solar plants. When demand exceeds electricity production, the crane reverses the process, recouping energy by unstacking the tower of bricks.

Just 20 cranes could provide enough power for 40,000 households over a 24 hour period, according to the WSJ.

What Goes Up Must Come Down

Lithium-ion batteries rely on rare-Earth metals, the extraction of which is steeped in environmental and humanitarian problems, and tend to lose their capacity over time.

The concept is similar to "pumped hydro" systems, which use bodies of water instead of heavy bricks and a hill instead of a tower, and have been around for at least a century.

More on the startup: Giant Hanging Bricks Could Store Energy Better Than Batteries

Brands We Love
The SolarLamp 50 Might Just Be the World's Best All-in-One Solar Light
1. 25. 21
Read More
Black Phase
Materials Breakthrough Could Lead to Cheaper, Better Solar Panels
1. 22. 21
Read More
Brands We Love
Are Solar Panels Worth It for Your Home? Here's a Free Way To Find Out.
1. 16. 21
Read More
+Social+Newsletter
TopicsAbout UsContact Us
Copyright ©, Camden Media Inc All Rights Reserved. See our User Agreement, Privacy Policy and Data Use Policy. The material on this site may not be reproduced, distributed, transmitted, cached or otherwise used, except with prior written permission of Futurism. Fonts by Typekit and Monotype.