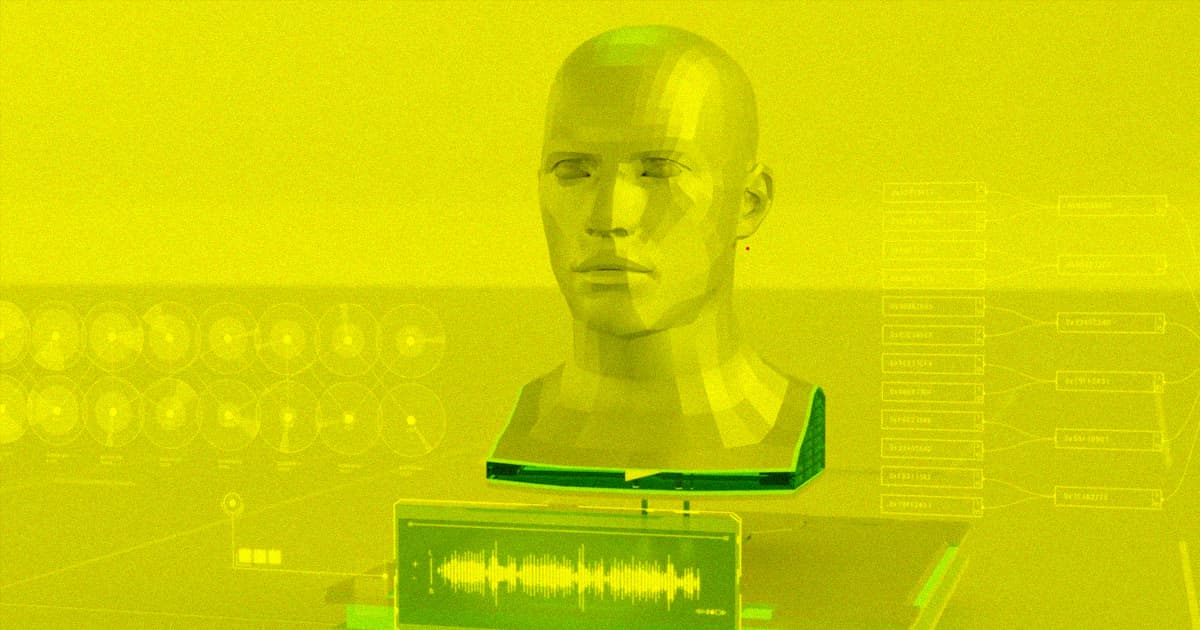 Why bother recording a commercial or cameo when a deepfake can do it for you?

Why bother recording a commercial or cameo when a deepfake can do it for you?

A startup called Veritone is launching a new AI platform that will let celebrities, influencers, and other prominent figures create, control, and license deepfakes of their own voice.

The idea is that these self-deepfakers may want to leverage their celebrity status to make more money recording commercials, endorsements, or any other monetizable audio but simply don't have the time. But with Veritone's Marvel.AI, they can license out the sound of their own voice without ever entering a studio.

"People want to do these deals but they don't have enough time to go into a studio and produce the content," Veritone president Ryan Steelberg told The Verge. "Digital influencers, athletes, celebrities, and actors: This is a huge asset that's part of their brand."

It sounds mildly silly to approach advertisers and say "hey, we can't get you this celebrity, but how about the next best thing: artificial intelligence mimicking them as best as it can?"

However, if deepfakes are going to exist at all, it's nice to at least see them created and used on the subject's own terms rather than as a form of misinformation or exploitation, as all-too-commonly happens with the AI mimicry technology. And, as the recordings that Steelberg shared with The Verge show, the technology does seem to work decently well.

The problem with deepfakes, even when used for legitimate purposes, is that there's a degree of deception inherent to every synthesized recording.

When it comes to advertising, Steelberg told The Verge that he's worried that might cheapen the synthesized sound bites or leave a bitter taste in the audience's mouth when they learn that they're only hearing an imitation. So by working in the advertising space, he's trying to create a new standardized signal, perhaps a tone that plays before an audio deepfake, to let everyone know what's going on.

"It's not just about avoiding the negative connotations of tricking the consumer," Steelberg said, "but also wanting them to be confident that [this or that celebrity] really approved this synthetic content."

Leader Lars
New European Political Party Is Led by an Artificial Intelligence
Oct 16
Read More
Common Sensical
Top Facebook Scientist Quietly Plotting "Autonomous" AIs
Oct 6
Read More
Death Becomes Her
AI Allows Dead Woman to Talk to People Who Showed Up at Her Funeral
Aug 19
Read More
+Social+Newsletter
TopicsAbout UsContact Us
Copyright ©, Camden Media Inc All Rights Reserved. See our User Agreement, Privacy Policy and Data Use Policy. The material on this site may not be reproduced, distributed, transmitted, cached or otherwise used, except with prior written permission of Futurism. Articles may contain affiliate links which enable us to share in the revenue of any purchases made.
Fonts by Typekit and Monotype.