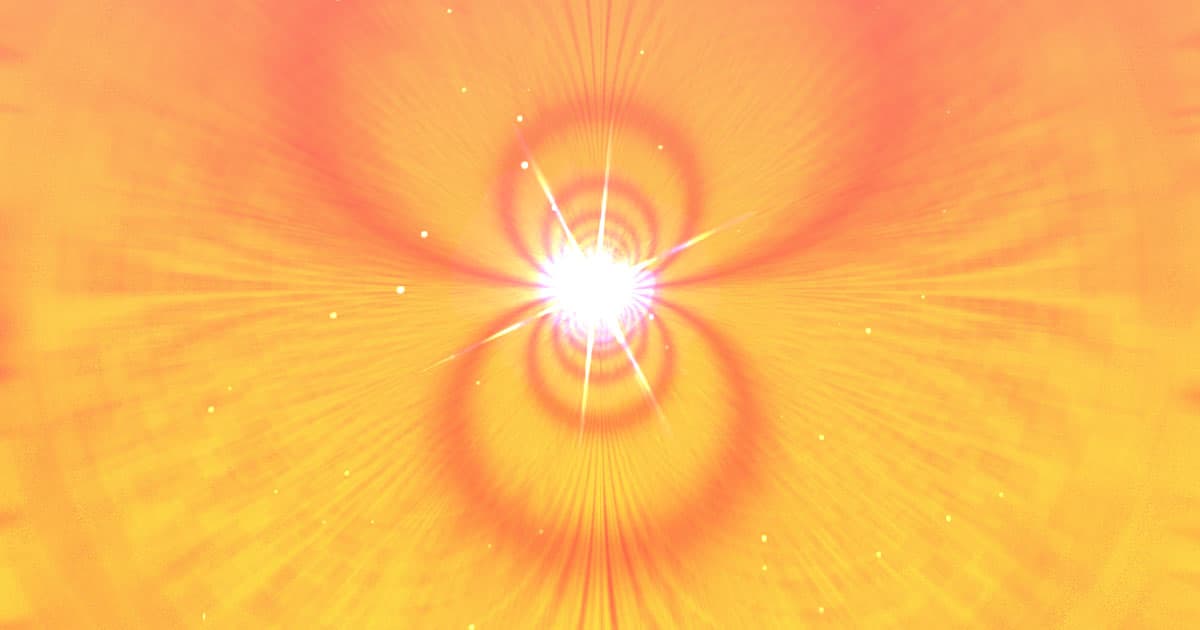 This Star Is Moving So Fast it Visibly Warps Spacetime

Scientists just identified the fastest-moving star in our galaxy, and it's booking it.

The star S62 whips around Sagittarius A*, the supermassive black hole at the center of the Milky Way, at an extremely tight orbit. At its closest approach, it can travel faster than eight percent the speed of light, according to research published in The Astrophysical Journal. That's fast enough to make visible the relativistic phenomena of time dilation and length contraction, turning the star into an interesting sandbox for curious physicists.

When two objects — like S62 and scientists stationed on Earth — move at different speeds, they measure the passage of time differently. Scientists watching S62 will see it take a longer amount of time tor each its destination than a passenger on the actual star would.

S62's bizarre, spirograph-shaped orbit will take it close to Sagittarius A* again in just about two years, according to the research.

When it happens, scientists will be ready: Not only to watch some bizarre physics in action, but to use it to unravel more of the mysteries surrounding black holes than ever before.

READ MORE: Fastest star ever seen is moving at 8% the speed of light [Universe Today]

More on relativity: Thanks to Time Dilation, Earth’s Core is 2.5 Years Younger Than its Surface