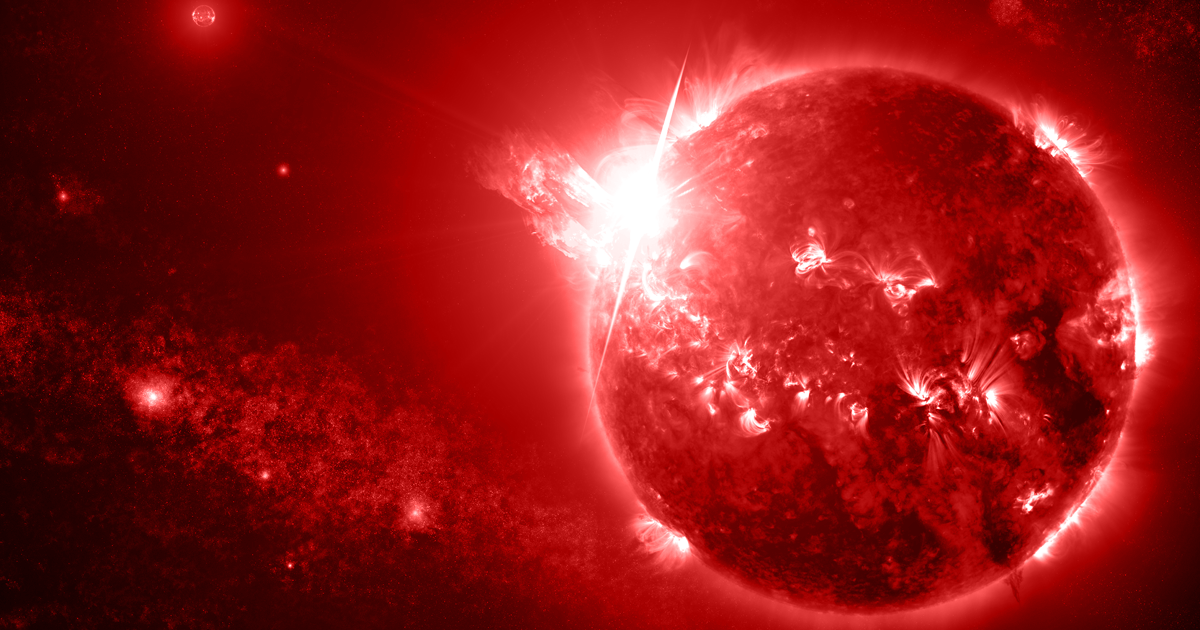 Scientists just got their first complete glimpse at a massive solar eruption from a star other than our Sun.

The cosmic explosion, technically called a coronal mass ejection, rocketed about 2 quintillion pounds of the star’s plasma out into space, according to a press release from the Chandra X-Ray Center. That makes the explosion 10,000 times larger than any of our sun’s eruptions. This new glimpse at a powerful coronal mass ejection could help astronomers understand how stars and their behaviors change over time — but for now they can only speculate as to its cause.

Scientists were able to spot the coronal mass ejection through special equipment on the Chandra X-ray Observatory, a space telescope currently orbiting Earth, according to research published in the journal Nature Astronomy last week.

These direct observations of a solar eruption match and confirm the theoretical calculations that informed scientists’ understanding of the events, according to the press release.

The scientists behind the research suspect that these eruptions explain why stars gradually lose both mass and momentum — but more observations are needed to confirm that hunch.

More on stars: A “Dense Bullet of Something” Blasted Holes in the Milky Way