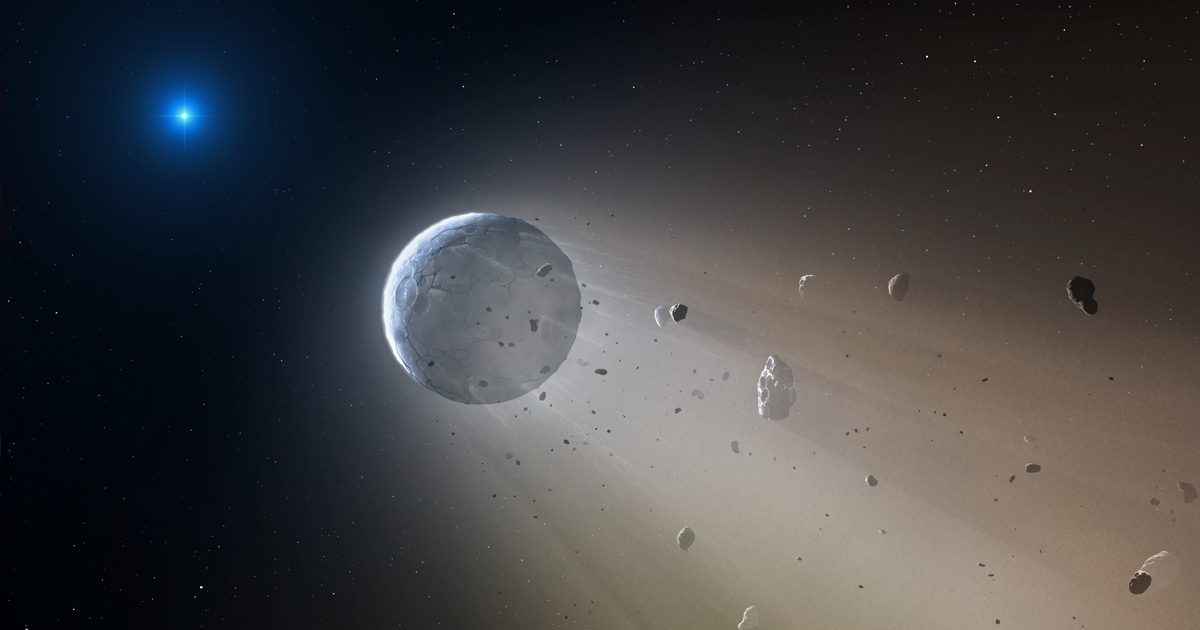 These Are the Planets That Survive the Deaths of Their Stars

When a star dies, it's the small, dense planets that tend to survive.

When a star dies, it's the small, dense planets that tend to survive.

When stars explode and die, they tend to swallow and incinerate everything around them. But sometimes exoplanets survive, left to drift the galaxy as celestial orphans.

Now, a team of astronomers from the U.S. and Europe determined which planets are most likely to survive the deaths of the white dwarf stars they orbit, according to research published in the journal Monthly Notices of the Royal Astronomical Society. Small, dense, and distant exoplanets have the best odds, according to the research, which could help astronomers pinpoint even more planets in the remote cosmos.

The scientists simulated these destructive events and found a direct link between survival and exoplanet size and density. The big, loosely-packed units of the pack were obliterated by their dying stars while the tiny, dense exoplanets survived, as long as they were orbiting at least one-third as far from their stars as Mercury is from the Sun.

"Our study prompts astronomers to look for rocky planets close to — but just outside of — the destruction radius of the white dwarf," University of Warwick physicist Dimitri Veras said in a university-published press release. "So far observations have focused on this inner region, but our study demonstrates that rocky planets can survive tidal interactions with the white dwarf in a way which pushes the planets slightly outward."

READ MORE: Small, hardy planets most likely to survive death of their stars [University of Warwick newsroom via ScienceDaily]

More on exoplanets: These Lonely Planets Drift Through Space Without Orbiting Stars

Lonely Planet
Scientists Find Nearby Planet the Same Size of Earth, Plan to Search It for Life
Yesterday
Read More
Monkey Business
China Plans to Send Monkeys to Space Station to Have Sex With Each Other
11. 3. 22
Read More
Overview Effect
William Shatner Says His Space Trip Left Him With a Feeling of Terrible Grief
10. 11. 22
Read More
+Social+Newsletter
TopicsAbout UsContact Us
Copyright ©, Camden Media Inc All Rights Reserved. See our User Agreement, Privacy Policy and Data Use Policy. The material on this site may not be reproduced, distributed, transmitted, cached or otherwise used, except with prior written permission of Futurism. Articles may contain affiliate links which enable us to share in the revenue of any purchases made.
Fonts by Typekit and Monotype.