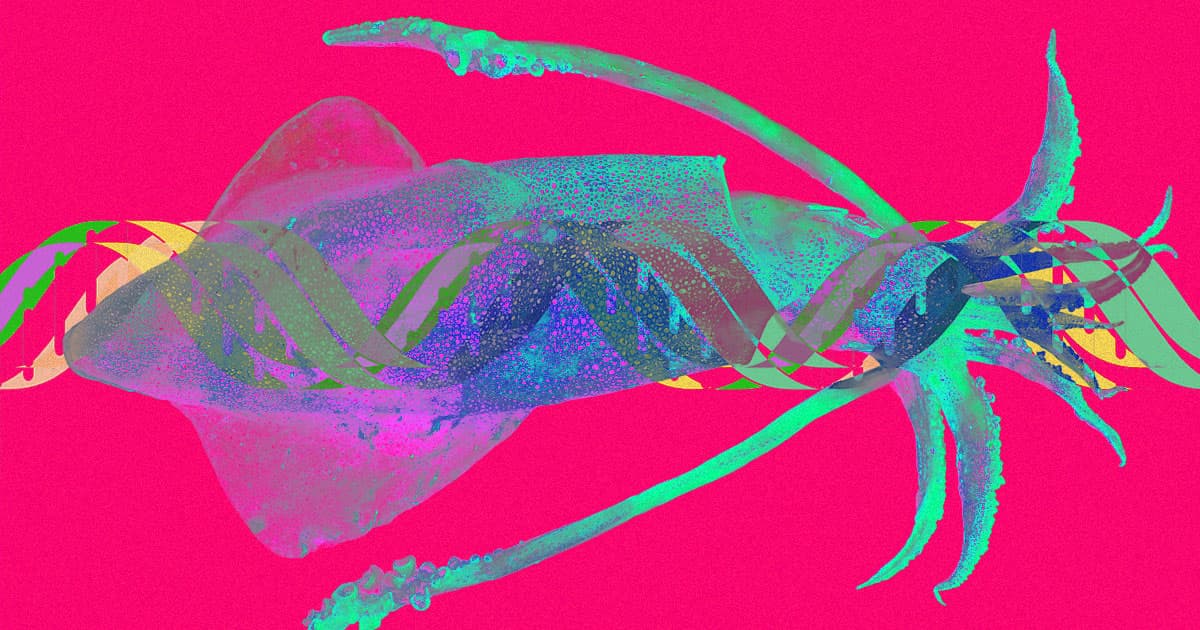 Scientists Discover That a Squid Can Edit Its Own Genetic Code

This cool squid could lead to better genetic treatments for humans.

This cool squid could lead to better genetic treatments for humans.

The next generation of genetic medicine may be inspired by a bizarre genetic trick that a small squid species uses to edit its own genome on the fly.

The longfin inshore squid can edit the RNA inside its nerve cells, Wired reports, meaning that it can drastically alter the behavior of its biological machinery as needed — perhaps to help the animal rapidly adapt to new environments. It's a bizarre discovery, and one that could potentially lead to better genetic treatments for humans.

Researchers from the Marine Biological Laboratory found that the squid alters the RNA within its axons instead of the DNA within its nuclei, according to research published Monday in the journal Nucleic Acids Research. Thus far, it's the only animal known to do so.

"RNA editing is a hell of a lot safer than DNA editing," lead researcher Joshua Rosenthal told Wired. "If you make a mistake, the RNA just turns over and goes away."

Because it happens outside the nucleus, RNA editing would be an improvement over modern genetic treatments, Wired reports. To gene-hack a patient with CRISPR, the new genetic information needs to breach not only a cell's membrane but also the membrane of that cell's nucleus to reach its DNA.

But it will be some time before medical doctors start to use the longfin inshore squid's weird gene-hacks on people. For now, researchers still aren't even sure why, exactly, the squid alters its genes.