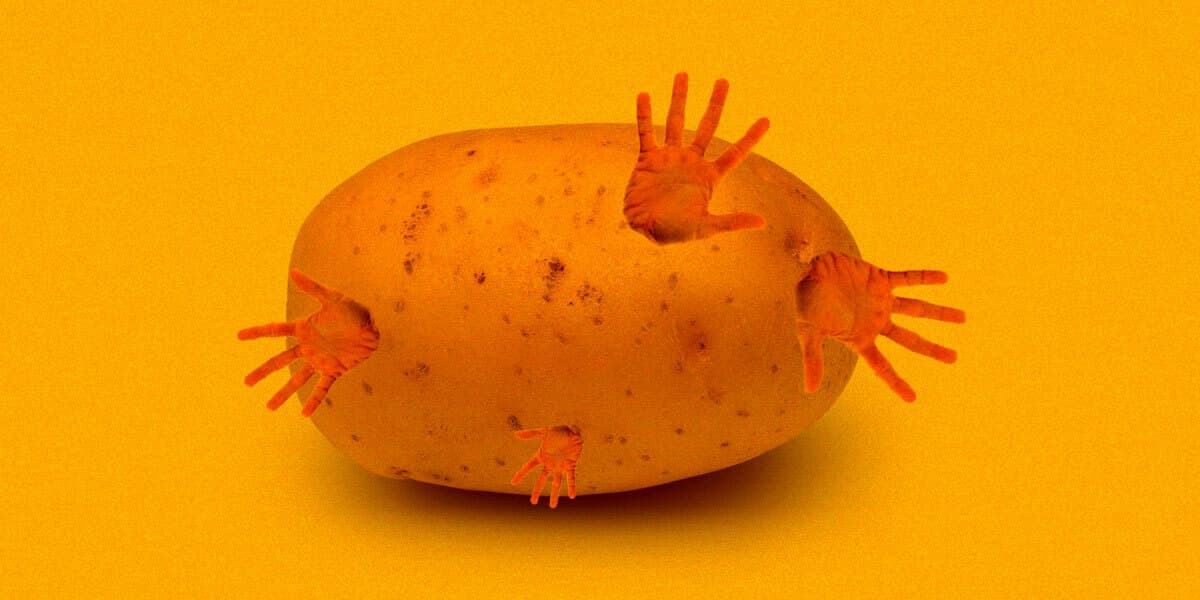 A team of scientists found an unusual trick for growing bigger, heartier crops: inserting a human gene related to obesity and fat mass into plants to supersize their harvest.

Augmenting potatoes with the human gene that encodes a fat-regulating protein called FTO, which essentially alters the genetic code to rapidly mass-produce proteins, made otherwise identical potato plants grow crops that were 50 percent larger, Smithsonian Magazine reports. By growing more food without taking up more space for agriculture, the scientists say their work could help fight global hunger — without adding to its climate impact.

"It [was] really a bold and bizarre idea," University of Chicago chemist Chuan He, coauthor of a paper published in Nature Biotechnology, told Smithsonian. "To be honest, we were probably expecting some catastrophic effects."

He explained to Smithsonian that plants don't have a protein comparable to FTO, and that growth is maintained and regulated by a wide variety of genes. So when FTO comes in, there's no genetic system in place to keep it in check.

"[FTO] comes in, and there's no restriction to where it can access," He told the publication. "It's a bomb."

Still, it was a pleasant surprise for the scientists when those effects ended up being "bigger potatoes" instead of "dead potato plants."

For now, the research is in too early of a stage for us to expect these gene hacked potatoes to hit our grocery store shelves any time soon. The team told Smithsonian that they want to conduct various safety and replication studies to make sure their shocking yield wasn't just an aberration. Still, they're encouraged by what they've found so far.

"We think this is a very good strategy to engineer our crops," study coauthor and Peking University chemical biologist Guifang Jia told Smithsonian.

Editor's note 8/23/2021: We removed the term "splice" from this story and headline because it refers to a specific natural process.