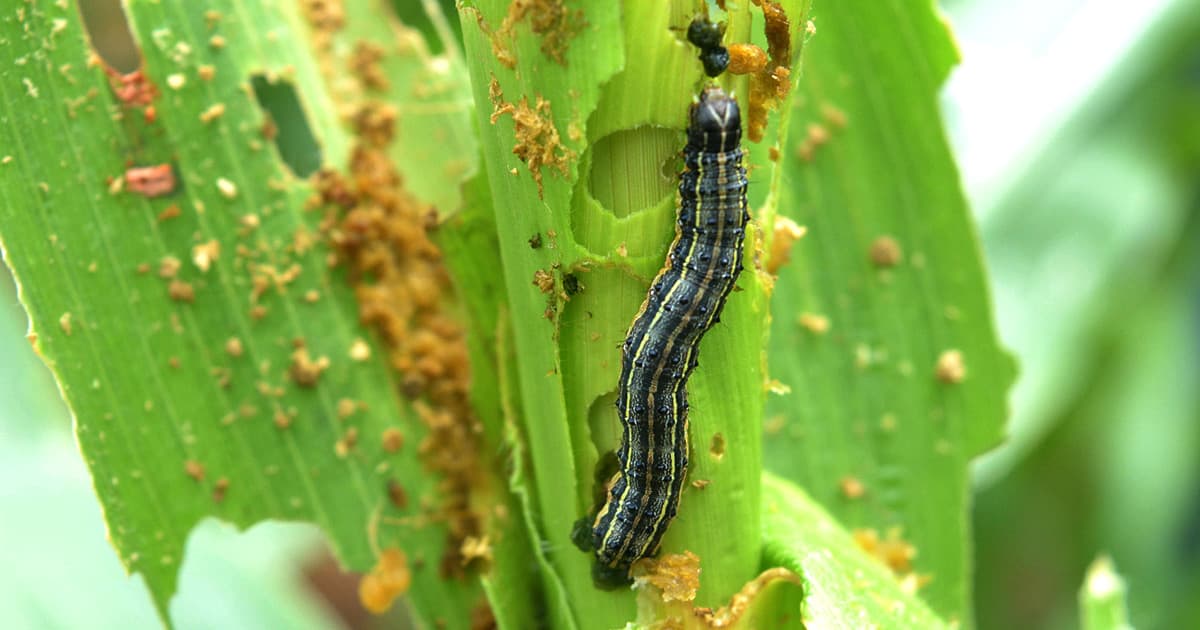 It's a pesticide-free way to protect crops.

It's a pesticide-free way to protect crops.

To protect crops from the pesky fall armyworm, a caterpillar that plagues farmers around the world, a team of scientists altered its DNA so that any eggs it lays will self-destruct.

Unfortunately, the end result isn’t the dazzling explosion we’d hoped for. Rather, Wired reports, the caterpillar eggs are so overloaded with certain proteins that they’re blocked from ever developing or hatching, nipping the invasive species’ growth in the bud. Oxitec, the biotech company that developed the new worms — along with similar mosquitoes in the past — is already running small tests on its pesticide-free approach to crop protection.

The fall armyworm can pose a major problem for farmers around the world but especially in North America, where it devours crops like corn, rice, and sorghum, Wired reports.

Texas A&M entomologist and armyworm expert Ashley Tesselow told Wired that “entire fields can be destroyed in just a matter of days if not controlled. These ‘Armageddon-like’ outbreaks do not occur every year, but can result in complete yield loss.”

The appeal of Oxitec’s approach is that it kills off pest species in a targeted way without introducing new predators or toxic pesticides into the area. But experts told Wired that, in the absence of a more general approach, a new pest might simply take the armyworm’s place.

“The problem is when you take a .22 rifle approach and what you need is something that will kill off, in a sustainable way, the other pests,” Jaydee Hanson, a policy director at the Center for Food Safety, told Wired.