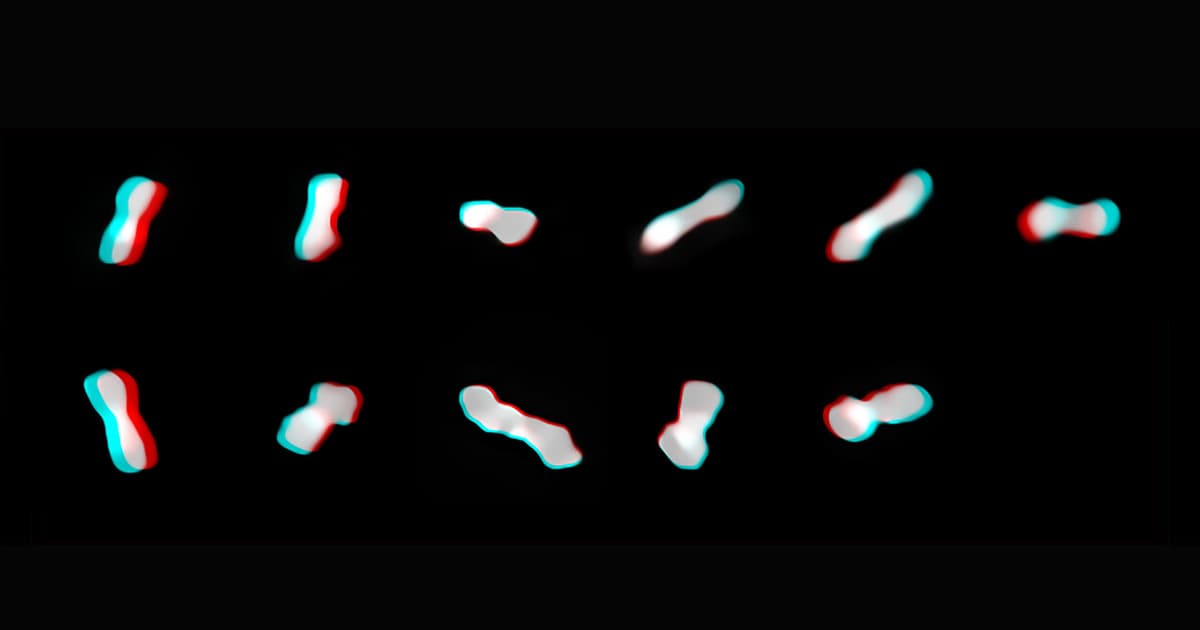 "Kleopatra is truly a unique body in our solar system."

"Kleopatra is truly a unique body in our solar system."

A massive team of astronomers got a close look at a bizarre, bone-shaped asteroid orbiting our Sun between Mars and Jupiter.

Astronomers first discovered the asteroid and named it Kleopatra two decades ago, according to Live Science. But new observations from the European Southern Observatory's Very Large Telescope (VLT) granted scientists a much better look at the unusual space rock and, according to research published in the journal Astronomy & Astrophysics on Thursday, the "dog bone asteroid" may actually be a blob of space rubble that's spinning so rapidly it could break itself apart.

The astronomers were able to get a better look at Kleopatra — and considerably improve their decades-old assumptions about its size, shape, and composition — by repeatedly imaging it with the VLT between 2017 and 2019. That allowed them to see it from all sorts of different angles as it tumbled through space.

"Kleopatra is truly a unique body in our Solar System," lead study author Franck Marchis, an astronomer at the SETI Institute and France's Laboratoire d'Astrophysique de Marseille, said in a press release.

"Science makes a lot of progress thanks to the study of weird outliers," Marchis added. "I think Kleopatra is one of those and understanding this complex, multiple-asteroid system can help us learn more about our Solar System."

The main thing that scientists noticed, though, is that Kleopatra is on a particularly turbulent journey. It's spinning so fast, the researchers say, that even if it doesn't rip itself apart, even tiny glances from other orbiting debris could break off sizeable chunks. That may be, the researchers suggest in the press release, how Kleopatra ended up with two little moons, thematically named Alexhelios and Cleoselen after the Egyptian queen Cleopatra's children, that they now say likely formed after the asteroid's shrapnel lumped together.

Soggy Past
NASA Spacecraft Finds Evidence of Ancient Rivers on Asteroid
10. 8. 20
Read More
Asteroid Wars
Astronomers Spot Bits of Entirely Different Asteroid on Surface of Bennu
9. 21. 20
Read More
Broken Clock
This Awful Tabloid Predicts a Killer Asteroid Almost Every Day
10. 11. 19
Read More
+Social+Newsletter
TopicsAbout UsContact Us
Copyright ©, Camden Media Inc All Rights Reserved. See our User Agreement, Privacy Policy and Data Use Policy. The material on this site may not be reproduced, distributed, transmitted, cached or otherwise used, except with prior written permission of Futurism. Fonts by Typekit and Monotype.