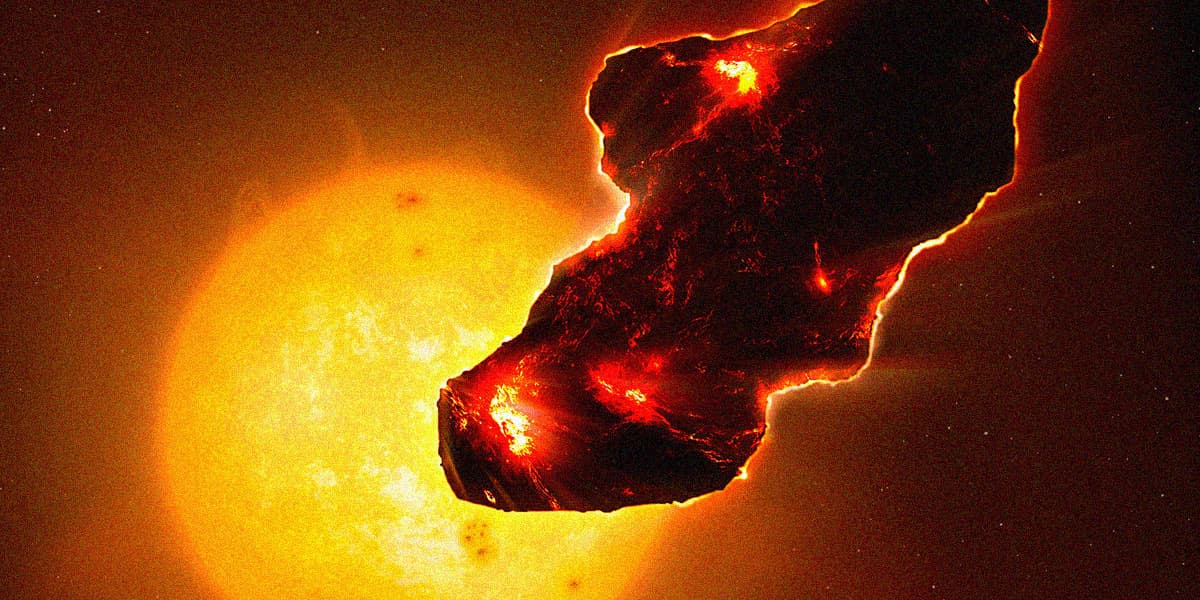 Scientists Just Discovered the Fastest Asteroid in the Solar System

It gets close enough to the Sun to melt lead.

It gets close enough to the Sun to melt lead.

A team of researchers led by Scott Sheppard, a staff scientist at the Carnegie Institution of Science, has discovered the fastest-orbiting asteroid in the solar system.

The tiny space rock, just 1 kilometer across and dubbed 2021 PH27, travels around the Sun in only 113 Earth days. It's the shortest orbital period of any known celestial object, except for Mercury, which circles the Sun in just 88 days — though its elliptical orbit passes within 12.4 million miles of the Sun, whereas Mercury never gets closer than 29 million miles.

The discovery could shed light on the many asteroids like it in the solar system, where they came from, and whether they're made of solid rock or just collections of loose rubble.

Since 2021 PH27 comes so close to the Sun, its surface heats up to a blistering 900 degrees Fahrenheit, which is hot enough to melt lead.

The asteroid is likely doomed to get closer and closer to our star and eventually either be absorbed by the Sun or collide with Mercury or Venus in a few million years.

The researchers suggest it may have been born in the main asteroid belt between Mars and Jupiter. Gravitational pulls from the inner planets then pushed it towards the Sun over time.

"The fraction of asteroids interior to Earth and Venus compared to exterior will give us insights into the strength and make-up of these objects," Sheppard said in a statement.

That's important if we ever want to stand a chance of defending the Earth from a future barrage of asteroids.

"Understanding the population of asteroids interior to Earth’s orbit is important to complete the census of asteroids near Earth, including some of the most likely Earth impactors that may approach Earth during daylight and that cannot easily be discovered in most surveys that are observing at night, away from the Sun," Sheppard added.

Right now, 2021 PH27 is hiding behind the Sun, but early next year, researchers are hoping to get another glimpse at the speed demon.

More on asteroids: Massive Asteroid That Could Obliterate Earth to Fly By, Case the Joint

Planet Nein
Astronomers Want to Figure Out What the Hell Planet Nine Is Once and For All
7. 10. 20
Read More
Space Rocks
Materials Older Than the Solar System Found in Two Meteorites
1. 31. 20
Read More
Vomiting Rocks
NASA Baffled: Asteroid Bennu Keeps Spitting Out Small Rocks
12. 9. 19
Read More
+Social+Newsletter
TopicsAbout UsContact Us
Copyright ©, Camden Media Inc All Rights Reserved. See our User Agreement, Privacy Policy and Data Use Policy. The material on this site may not be reproduced, distributed, transmitted, cached or otherwise used, except with prior written permission of Futurism. Articles may contain affiliate links which enable us to share in the revenue of any purchases made.
Fonts by Typekit and Monotype.