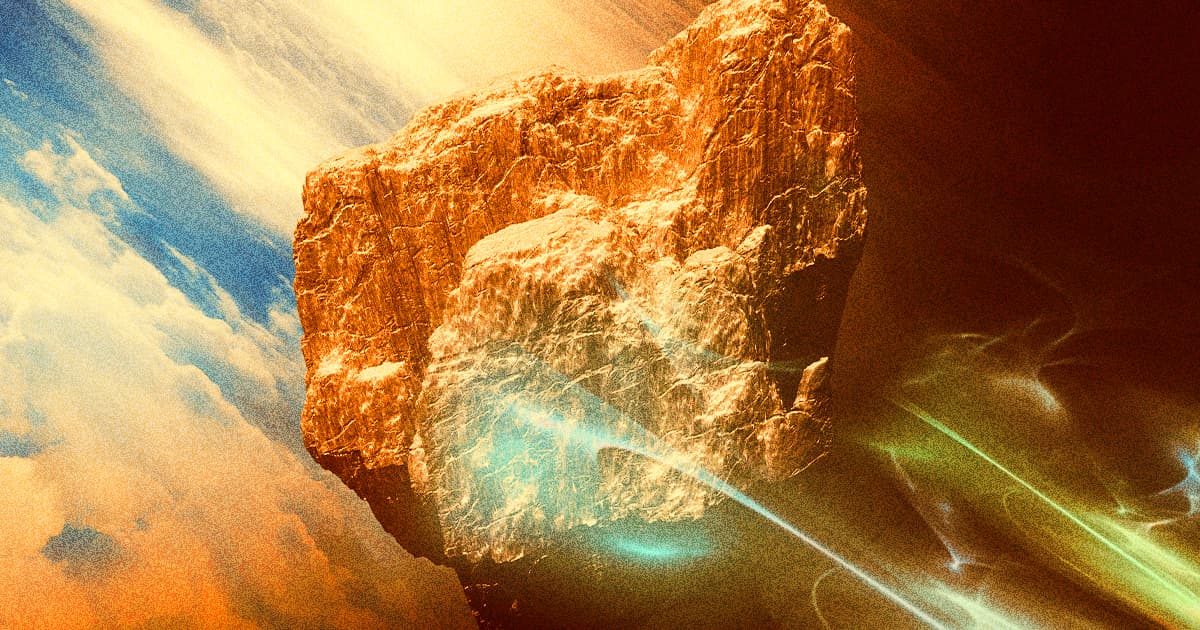 Massive Asteroid That Could Obliterate Earth to Fly By, Case the Joint

That WHOOSH you'll feel this weekend is Earth not being obliterated.

That WHOOSH you'll feel this weekend is Earth not being obliterated.

Even though we haven't had too many truly near misses, let Asteroid 2016 AJ193 (as it's technically known) serve as reason to reevaluate all of your life choices this weekend.

It'll be taking a (relatively) very near fly-by of our planet, casing the place, looking mean, and then.... moving on to the rest of the solar system. Even though it's officially classified as "potentially hazardous" thanks to its close proximity to the planet, it doesn't stand a chance of obliterating us, although it will come pretty, pretty close.

Per IFL science, Asteroid 2016 AJ193 — named as such for when it was first spotted (in 2016) by the Haleakala Observatory's Panoramic Survey Telescope and Rapid Response System (Pan-STARRS) facility, located in Hawaii — will cruise by on Saturday at a distance of 2.1 million miles. That may not sound like much, but the observatory team notes it's the "closest approach for several decades." Per the raw Jet Propulsion Lab data (which you can view here), IFL points out that AJ193 is "8.9 times the distance between the Earth and the Moon."

Of course, every time Earth has a close encounter with a rock spiraling by our airspace, it's not unreasonable to ask what the hell we'd do if, in fact, one of these things cruised our way. Don't worry: There are people working on this very problem. The answer is not "nuke it" as they do in Michael Bay's seminal astro-geology cinematic masterpiece "Armageddon," but that's not entirely off-track. NASA's been cooking on a project they call DART: the Double Asteroid Redirection Test.

Basically, DART aims to see if "kinetic impactor technology" (or: flying a small spaceship into an asteroid to move it off course) would work. That said, a recent hypothetical had some bad news to deliver: We'd be screwed, and in the test, Europe would've gotten obliterated (and then, a la Armageddon, we would've tried to nuke it, go figure). Either way, asteroid detection and deflection tech remains relatively important: Assuming there's still a habitable planet to destroy by then, an oncoming asteroid set to roll by in 2068 that's coming uncomfortably close is all the more reason detection of these fly-bys remains crucial to developing. Also, the nukes. Apparently, we gotta keep those around, too.

READ MORE: Asteroid As Large As A Mountain Will Fly Near Earth This Weekend [IFL Science]

More on death rocks from space: There's a Chance This Giant Asteroid Will Smash Earth in 2068