Giant Asteroid Hits Europe After NASA Fails to Stop It, In a Simulation

It's a good thing it wasn't real. 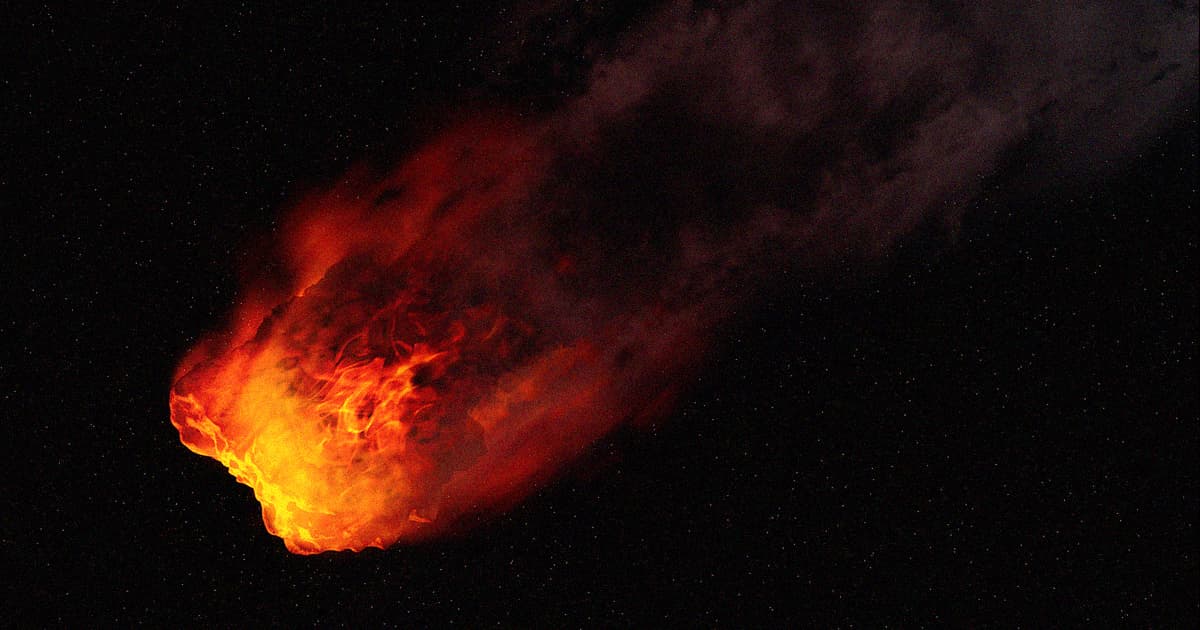 Fortunately, the asteroid was purely fictional. The space rock was invented by a team of experts at NASA to evaluate whether we're ready to divert such an impact as part of an exercise last month.

Their unfortunate conclusion: the technologies capable of diverting such a space rock simply don't exist yet, as Insider reports.

As part of the 2021 Planetary Defense Conference Hypothetical Asteroid Impact Tabletop Exercise, put on by NASA's Jet Propulsion Lab last week, experts came up with 2021PDC, a fictitious asteroid, that was threatening to strike the Earth in a matter of months.

The simulation asked several emergency response teams from both the US and Europe to come up with solutions.

As more and more information was made available about 2021PDC's trajectory, size, and expected impact region, experts struggled to find realistic courses of action.

"If confronted with the 2021PDC hypothetical scenario in real life we would not be able us to launch any spacecraft on such short notice with current capabilities," participants concluded, according to official documentation.

They did have one ace up their sleeve: a nuclear bomb in space.

"Deploying a nuclear disruption mission could significantly reduce the risk of impact damage," they added.

Luckily, the space rock was eventually found to be much smaller than initially thought — yet it had a 99 percent probability of impacting with a region bordered by the Czech Republic, Austria, and Germany.

"Each time we participate in an exercise of this nature, we learn more about who the key players are in a disaster event, and who needs to know what information, and when," Lindley Johnson, NASA’s Planetary Defense Officer, said in a JPL statement.

"These exercises ultimately help the planetary defense community communicate with each other and with our governments to ensure we are all coordinated should a potential impact threat be identified in the future," he added.

There have been a small number of close(ish) calls of asteroids that zipped by Earth too close for comfort. Most recently, Comet C/2020 F3 — better known as NEOWISE, for the Near Earth Object Wide-field Infrared Survey Explorer telescope that first discovered it — came so close last July that it was visible to the naked eye.

NEOWISE, a three miles across chunk of space ice, appeared as a dazzlingly bright streak in the night sky, as it passed by Earth within just 64 million miles of Earth. If it had impacted the planet, the results would have been catastrophic.

Other space rocks made it even closer. A meteor about 65 feet in diameter exploded over Chelyabink, Russia, in 2013, injuring 1,400 people.

Last month's exercise, however could lay the groundwork for something far more tangible.

In the near future, NASA will attempt to deflect an asteroid in real life. As soon as 2022, the agency is hoping to launch its Double Asteroid Redirection Test (DART) mission, a small spacecraft that's meant to impact with asteroid Dimorphos sometime in late 2022 to change its orbit.

"While the asteroid DART impacts poses no threat to Earth, it is in a perfect location for us to perform this test of the technology before it may actually be needed," Andrea Riley, program executive for DART at NASA, said in the statement.

READ MORE: In a NASA simulation of an asteroid impact, scientists concluded they couldn't stop a space rock from decimating Europe [Insider]

More on asteroids: Scientists Believe They Found a Chunk of an Ancient Planet in Africa

Read This Next
Futurism
By Repurposing Sunlight, A New Laser System Hopes to Power Spacecraft and Protect the Earth from Asteroids
More on Sci-Fi Visions
Human v. Giraffe
Tuesday on the byte
Chaotic Italian Fashion Line Baffles Facial Recognition Software
Step One
Tuesday on the byte
World’s Third Richest Person Says He’s Developed "Addiction" to ChatGPT
FROM THE DEPT. OF...
Tuesday on futurism
The Best Places to Buy A Laptop in 2023
READ MORE STORIES ABOUT / Sci-Fi Visions
Keep up.
Subscribe to our daily newsletter to keep in touch with the subjects shaping our future.
+Social+Newsletter
TopicsAbout UsContact Us
Copyright ©, Camden Media Inc All Rights Reserved. See our User Agreement, Privacy Policy and Data Use Policy. The material on this site may not be reproduced, distributed, transmitted, cached or otherwise used, except with prior written permission of Futurism. Articles may contain affiliate links which enable us to share in the revenue of any purchases made.
Fonts by Typekit and Monotype.