By Repurposing Sunlight, A New Laser System Hopes to Power Spacecraft and Protect the Earth from Asteroids 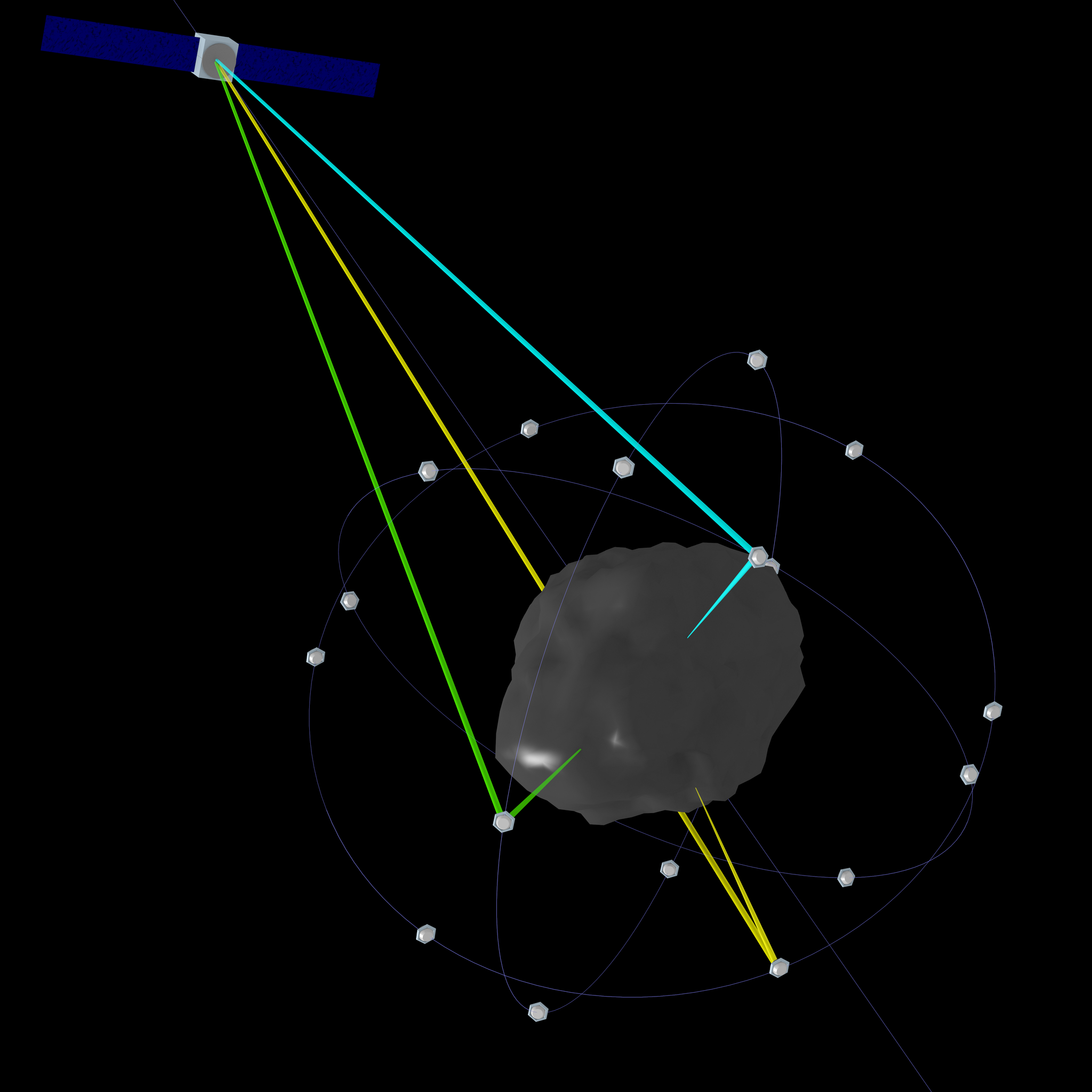 Meteorites: Not If but When and Where

Experts say we can expect five to ten meteorite impacts per year. In most cases, the objects disintegrate in the atmosphere before they can impact the Earth’s surface, or they hit uninhabited and inconsequential locations. NASA’s Near Earth Object Program keeps a risk table of possible space rock threats informed by a “highly automated collision monitoring system” called Sentry.

Though NASA monitors colossal asteroids that they’ve already discovered, redirecting the smaller and still devastating meteors that break off of them, and other objects that approach our planet undetected, is still not something we can do with confidence. Such an effort would take a significant amount of concentrated and precisely directed energy. For this, Dr. Richard Fork, an electrical and computer engineering professor at University of Alabama in Huntsville, looked toward the sun.

Dr. Fork’s newly patented system consists of perpetually orbiting spacecraft that take energy from sunlight and focus it in the form of a powerful laser. His research involves quantum optical phenomena and sets a simplified plan to establish what he calls “an optically based power infrastructure in space.”

Prelude to a Visionary Enterprise

This system will enable us to protect our planet from any space object that we believe poses a threat to humanity. The patent for this system positions the research to become a leading enterprise, one that will revolutionize energy technology. The power of the sun will be harnessed in space and be made available for our use there, a literally out of this world rendition of the most visionary replacement for fossil fuel that we have—sunlight.

Read This Next
Future Fiction
Scientists Propose Building City Inside Giant Bag Around Entire Asteroid
Quacks Like a Duck
Those Headlines About Scientists Building a Wormhole Are Total Nonsense, People
Monkey Business
China Plans to Send Monkeys to Space Station to Have Sex With Each Other
Overview Effect
William Shatner Says His Space Trip Left Him With a Feeling of Terrible Grief
From the Dept. of Things to Buy
Review: The "Out of This World Cook Book" Chronicles the Early Meals of the Space Age
More on undefined
READ MORE STORIES ABOUT /
Keep up.
Subscribe to our daily newsletter to keep in touch with the subjects shaping our future.
+Social+Newsletter
TopicsAbout UsContact Us
Copyright ©, Camden Media Inc All Rights Reserved. See our User Agreement, Privacy Policy and Data Use Policy. The material on this site may not be reproduced, distributed, transmitted, cached or otherwise used, except with prior written permission of Futurism. Articles may contain affiliate links which enable us to share in the revenue of any purchases made.
Fonts by Typekit and Monotype.