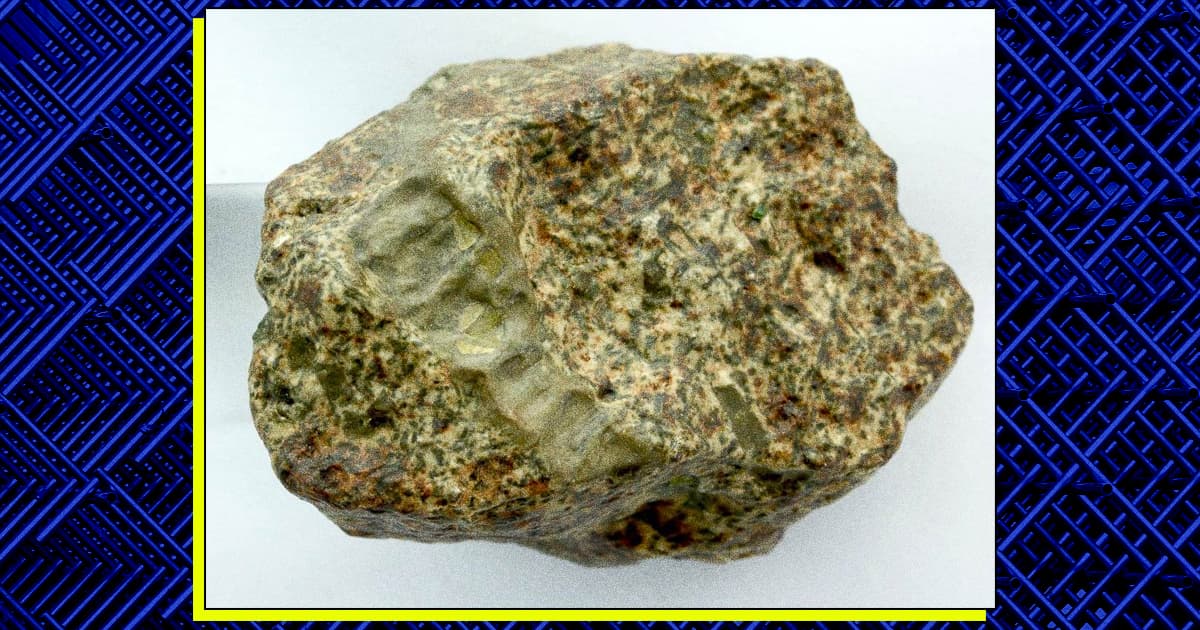 According to a new analysis, ScienceAlert reports, a meteorite found last year in Algeria is actually older than the Earth itself.

Instead, an international team of scientists behind the research say, it appears to be a remnant of an ancient protoplanet — making the space rock an extraordinary curiosity that could offer unprecedented insights into the early years of our solar system.

ScienceAlert reports that the rock asteroid was quickly identified as unusual after its discovery in the Erg Check sand sea last May, since unlike most meteorites, it had clearly been formed by a volcano — a suggestion that it had originated as part of a planet's crust.

But as described in a new paper published in the Proceedings of the National Academy of Sciences, an analysis of radioactive decay of the sample's isotopes now shows that it formed around 4.566 billion years ago. That's a bit longer than the Earth has been around, meaning that it's likely part of a different — and probably now long-gone — world.

It's not immediately clear what protoplanet the asteroid might have originated from.

But since it's now the oldest magmatic rock ever identified, the researchers wrote in their paper, it's almost certain to be an object of intense further analysis. And what scientists find by studying the ancient shard could shed new light on the history of our star system.

READ MORE: This Is a Piece of a Lost Protoplanet, And It's Officially Older Than Earth [ScienceAlert]

More on ancient planets: Jupiter May Have Absorbed a Smaller Planet

Vomiting Rocks
NASA Baffled: Asteroid Bennu Keeps Spitting Out Small Rocks
12. 9. 19
Read More
Scientists Complete the First International Test of Our Ability to Track Dangerous Asteroids
11. 5. 17
Read More
The Oldest Planets in the Known Universe
10. 8. 15
Read More
+Social+Newsletter
TopicsAbout UsContact Us
Copyright ©, Camden Media Inc All Rights Reserved. See our User Agreement, Privacy Policy and Data Use Policy. The material on this site may not be reproduced, distributed, transmitted, cached or otherwise used, except with prior written permission of Futurism. Articles may contain affiliate links which enable us to share in the revenue of any purchases made.
Fonts by Typekit and Monotype.